Amritsar, January 04: BSF personnel shot dead two Pakistani smugglers along the India-Pakistan border in Punjab after the duo fired on the troopers when challenged, a spokesman of the paramilitary force said Saturday. The gunfight took place late Friday night near the border outpost Gulgarh in Amritsar sector, 30 km from here.  Border Security Forces troopers recovered the bodies of the smugglers Saturday after fog cleared in the area. Four kg of suspected heroin, one pistol and ammunition was also found at the spot. BSF officials said that troops were on high alert following inputs of smuggling from the area. A BSF spokesman said that BSF troopers at Gulgarh observed some suspicious movement of the Pakistanis near the border fence and ordered them to stop. “But they (the Pakistanis) did not pay any heed and opened fire at the BSF troopers,” he said, adding the BSF men returned the fire, killing the two smugglers.

We all understand that the City of Chicago is in dire need of additional revenue;...

To counter the alarming growth of counterfeit products entering the market in the... 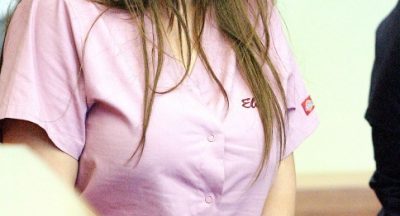 A local spa owner accused of fatally injecting a women in 2012 with fake Botox...