Counterfeit and smuggled goods have infiltrated everyday avenues of commerce, making their way into supply chains and consumers’ homes. The rise of smuggled and counterfeit products threatens manufacturers’ competitiveness, undermines consumer confidence, and poses a threat to individuals’ health and safety. While the centre and state governments have been playing a proactive role in dealing with this issue, FICCI’s Committee Against Smuggling and Counterfeiting Activities Destroying the Economy (CASCADE) has also been highlighting the ill effects of this adversary and eliciting response from stakeholders to concertedly address this problem especially during the current times. It is with the above background that FICCI CASCADE organized a webinar on ‘Combating Counterfeit and Smuggled and Pirated goods During the COVID-19 Pandemic and Beyond’, on 31st March 2021 focusing on the State of Telangana. The webinar was a part of a series of such events which are being organised across the country as part of a nation-wide awareness campaign to highlight the issue and focus on the growing menace of illegal trade.

Mr. T. Muralidharan, Chairman, FICCI Telangana State Council & Chairman, TMI Group welcomed the dignitaries and during his address, said, “Discussions on combating smuggling and counterfeiting are even more important in the context of COVID19 which is impacting the economy and is endangering lives of people. Illicit trade adversely impacts the manufacturing strength of the nation and if not checked will act as barrier to the government’s vision of making India a global manufacturing hub”. Mr Muralidharan also suggested that the crimes pertaining to counterfeiting should be treated as cases of revenue evasion and not only as a consumer protection and quality issue. Moreover, colluders including the retailers should be treated like counterfeiters. It will be also important that one should name and shame the colluders and report them to the GST and IT authorities. This will prove to be a bigger deterrent than consumer court actions. Today most consumers believe that counterfeiting happens at a small scale and hence it is not seen as a serious issue while buying. Reports being published regularly reports on the scale of the menace with statistics will help in generating greater public awareness.

Mr. Anil Sinha, Former Director, CBI and Think Tank Member, FICCI CASCADE in his address emphasized on the need for policies and regulations which disincentivizes such illegal activities. He suggested the need for a nodal agency comprising of representatives from different government departments to ensure coordinated actions against this menace. He informed that FICCI CASCADE had recently recommended to the Govt. of India for setting up of an umbrella body i.e., a multi-agency centre to ensure proper coordination amongst the concerned Ministries/Departments/Enforcement agencies to address the problems arising out of Illicit trade. This nodal agency could share intelligence and enhance cooperation among national and international bodies. Further, it could make policy recommendations and build capacities to address the menace of counterfeiting and smuggling.

The webinar was also addressed by industry leaders – Mr. Milind Palany, Global Brand Protection Lead – India & South Asia, Johnson & Johnson: Mr. Amit Bhasin, General Manager, Legal- Customer Development and Corporate Secretarial, Hindustan Unilever Ltd.; and Mr Devendra Surana, Managing Director, Bhagyanagar India Ltd. They emphasized that the illicit trade problem has only compounded in the pandemic situation with criminals using it as an opportunity to cause significant damage on the economy of the nation, health, and safety of the consumers. All the speakers underlined the need for safeguarding the consumers’ health and safety, and the interest of genuine businesses, while promoting indigenous production should be a fundamental strategy to India’s growth and development. 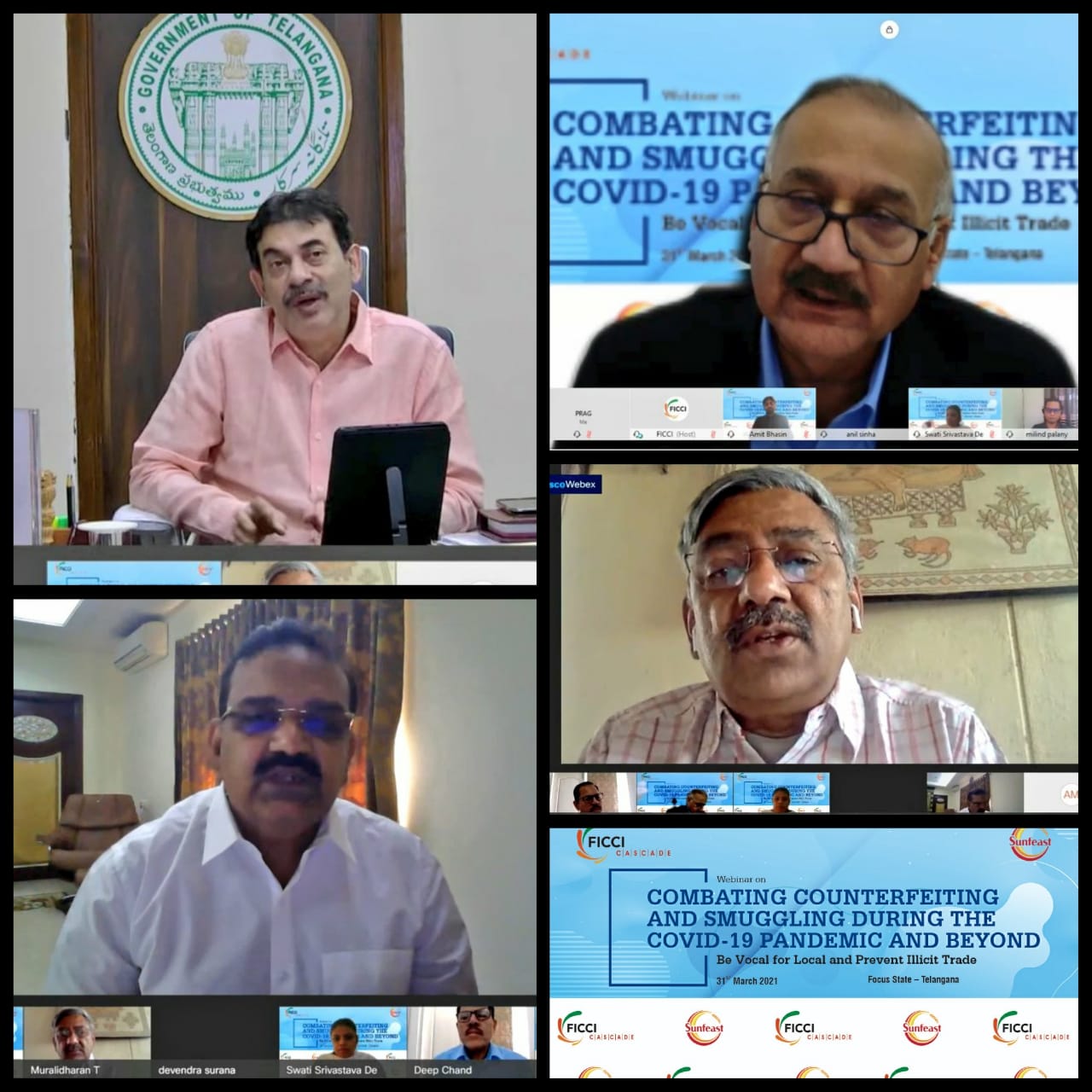 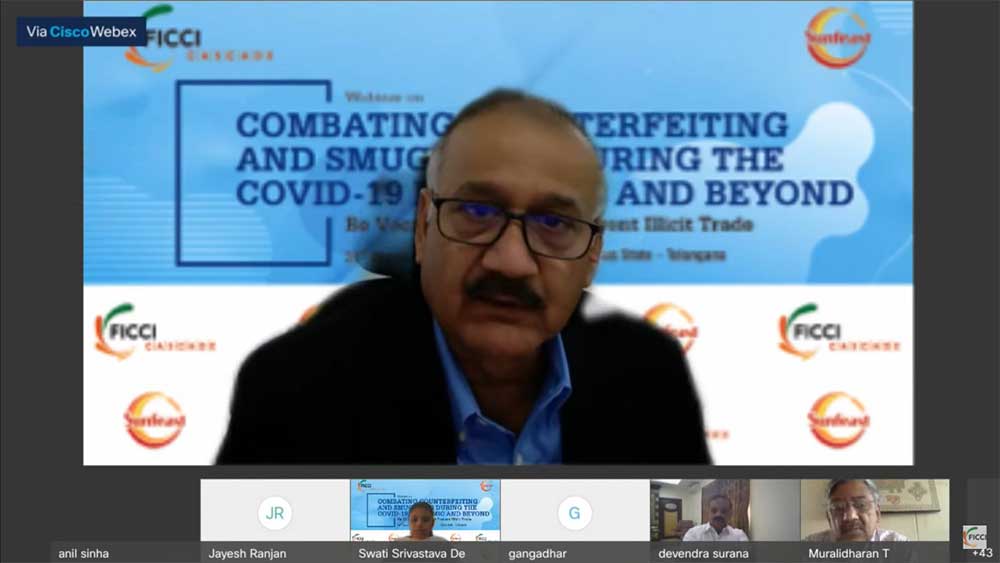 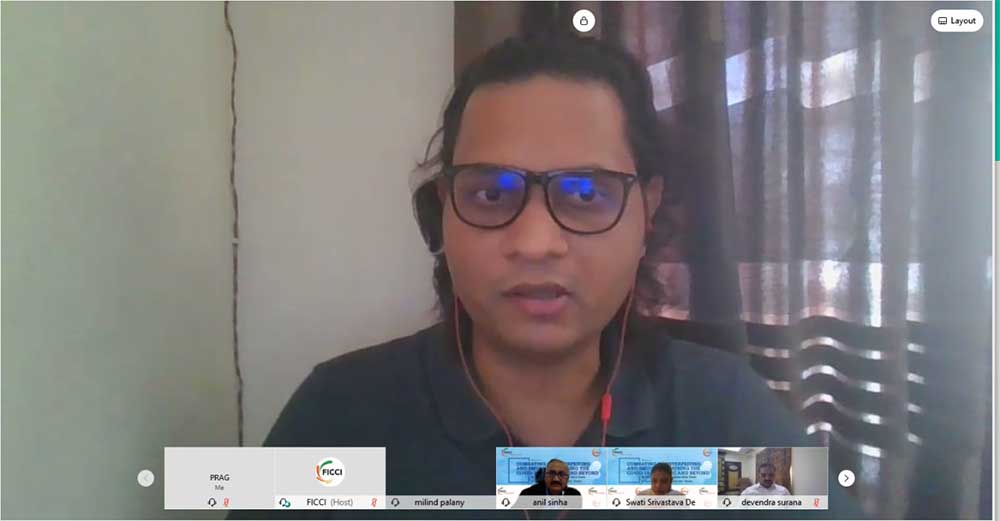 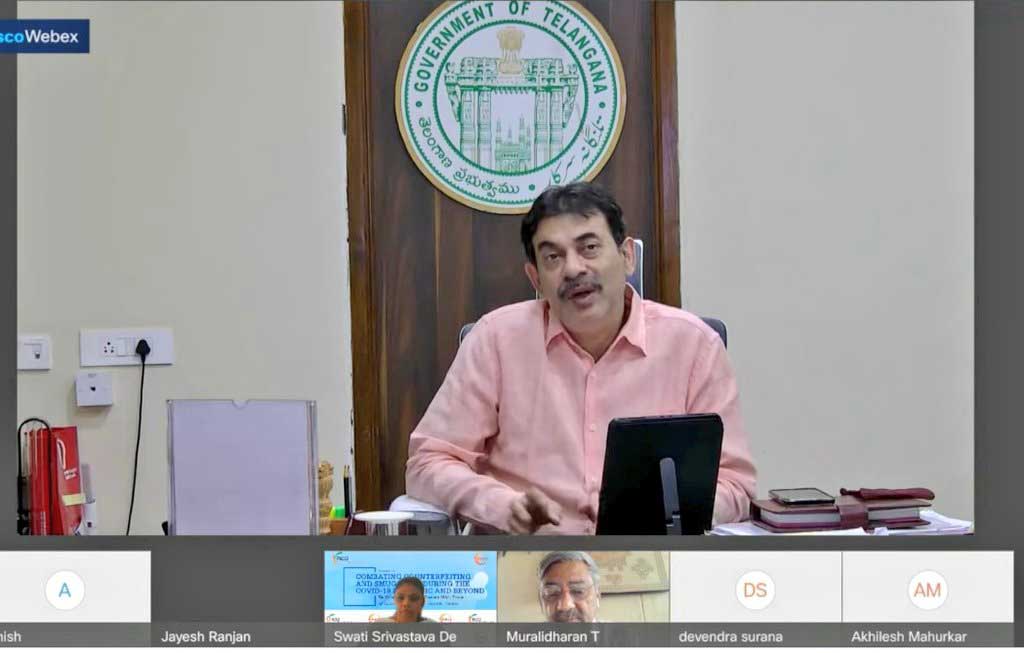 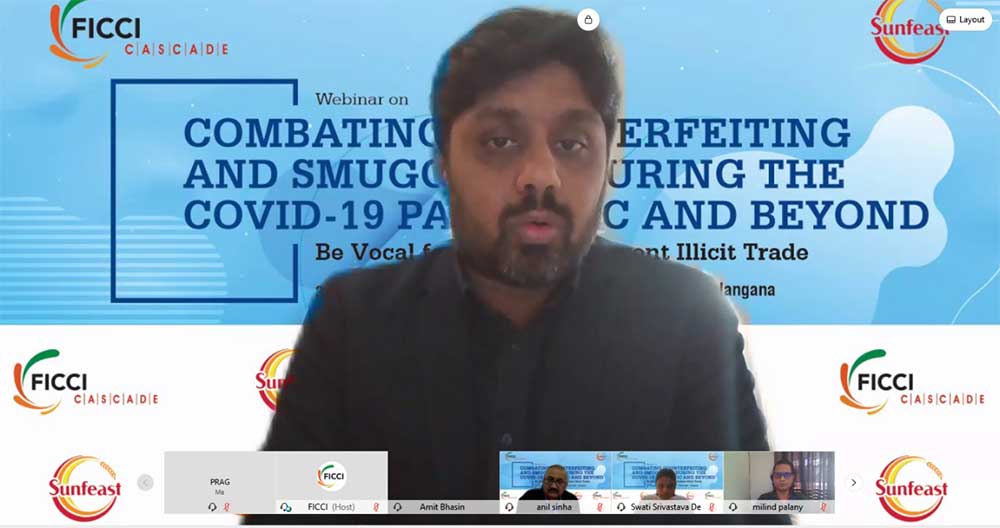