FICCI CASCADE organized a Candle Light Congregation and seminar on ‘Consumer Action Against Counterfeiting and Smuggling’ at Lucknow on 11th April, 2013 to engage all relevant stakeholders to sensitize and fight against the menace of counterfeiting and smuggling. Hon’ble Minister of Science and Technology, Prof Abhishek Mishra inaugurated the seminar by lighting a candle and initiated apledge with around 500 school students to take proactive action and “Quit Fake” and “Fightsmuggling”. The candle light congregation and the seminar witnessed enthusiastic participation of young students and other stakeholders including experts from industry, administration, consumer rights organisation to jointly curb the menace of counterfeiting and smuggling.

Hon’ble Minister Prof. Mishra in his special address emphasised on the participation of youth in the movement to “catch them young”. In his extensive address he stated that a lot can be done if the consumers realise their worth, such products are available because there is a market for it and people buy it. If consumers realise the hazards posed by them and stop buying such products the manufacturing can also be curbed. He also stressed on the “invisible enemy” referred to FICCI  CASCADE research report titled “Socio-economic impact of counterfeiting and smuggling and taxevasion in seven key industry sectors”. The seminar further focused on consumer sensitization as an important catalyst to curb this menace. To move farther in the paradigm of curbing counterfeiting and smuggling the seminar focused on sharing information with consumers on aspects related to identification of genuine products. It also aimed on exploring technological solutions to prevent counterfeiting and smuggling by enabling the end user to accurately verify the genuine products. 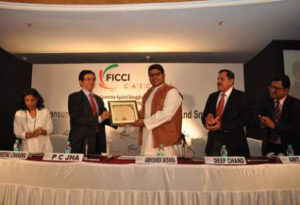 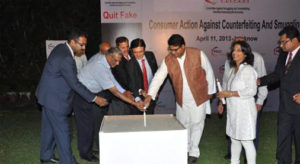 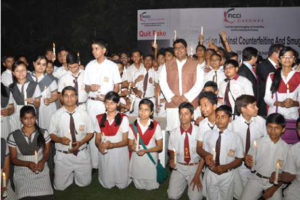 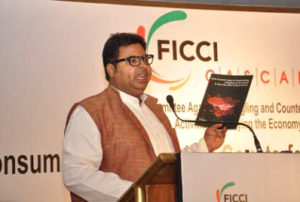 29 July 2022 | Karnataka Police Academy, Mysuru The magnitude of the problem of...

Interactive Session on Strategies to Curb Smuggling and Counterfeiting, Goa