The existence and operation of illicit markets has been an enduring problem that has escalated in scope and magnitude, impacting industries, consumers, government and economies as a whole. In fact, it is today one of the biggest challenges faced by Indian industry, impacting ‘Brand India’ globally. Intellectual Property is a tool to incentivize innovation and creativity to strengthen the economic growth of a nation. Enforcement agencies, the police and the customs, play a pivotal role in protection of these rights. There are adequate laws available, but it is the enforcement of these laws that makes the role of enforcement officers extremely important to fight against counterfeiters and smugglers.

FICCI’s Committee Against Smuggling and Counterfeiting Activities Destroying the Economy (FICCI CASCADE), in its endeavor to fight the twin menace over the years, has been  sensitizing enforcement officers on this issue, equipping them to understand and take requisite action against counterfeiters and smugglers. On January 30, 2015, FICCI CASCADE conducted capacity building programme for police officers in Lucknow.

Police Department is the primary law enforcement agency, which administers the Government’s economic, trade and tariff policies, handles international traffic of imports & exports, and aids to minimize demerit goods from augmenting in the markets. With low barriers to market entry and infiltration, the Police play a significant role in ensuring and enforcing the protection of right owners. Keeping the above in view, FICCI CASCADE organized the capacity building programme with Police officers in Lucknow.

Mr. AK Jain, DGP Police (Training) UP was the chief guest at the programme. He congratulated FICCI CASCADE on this constructive initiative to train officers on this very pertinent issue. In his address, he said that the awareness among the enforcement agencies on the growing need to save the consumers from the hazards of counterfeiting & smuggling was a very essential. Products like counterfeited cosmetics, baby food, medicines, auto components, in particular,impacted consumers directly and hence was a serious health and safety concern for consumers, which needed to be addressed urgently. Mr. Jain also expresses his keen interest to develop a course for the officers in collaboration with FICCI CASCADE.

During the training, police officers were extensively briefed on the trend of counterfeiting and smuggling of various products, the extent of such products sold in open markets and the resultant loss of revenue to the Government and industry. Mr. Deep Chand, (Rtd. Special Commissioner of Police, Delhi) and Advisor FICCI CASCADE discussed the alarming presence of counterfeit products in the markets and its impact on the socio economic growth of the nation. He highlighted the finding of the study commissioned by the FICCI CASCADE, which estimated the magnitude of the grey market in respect of seven key sectors which were among the most vulnerable to counterfeiting and smuggling in India, including automotive parts, alcoholic beverages, computer hardware, personal goods, mobile phones, tobacco products, and packaged foods, and the ensuing impact on the economy. The study stated that in these seven sectors, the annual tax loss to the government in the year 2012 was estimated at Rs. 26,190 crore. It further assessed that an annual sales loss to the industry in these sectors was Rs. 72,969 crore in the year 2012. The maximum tax loss on account of smuggled and counterfeit products to the government was from the tobacco sector at Rs. 6,240 crore, followed by Fast Moving Consumer Goods.

The training programme, attended by over 40 police officers from Lucknow and Kanpur zones, provided a useful interactive platform for the exchange of ideas and experiences in the enforcement of laws and practices while dealing with counterfeiters and smugglers. 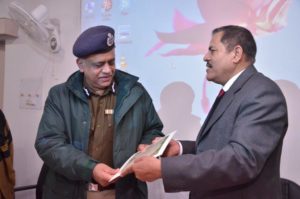 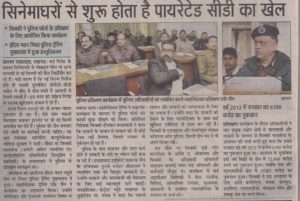 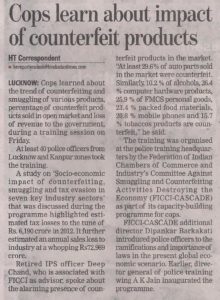 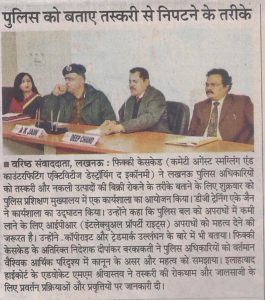 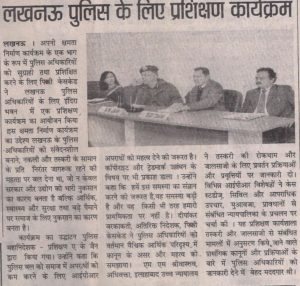 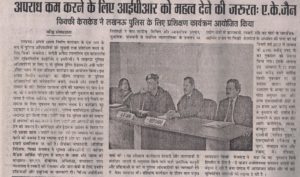 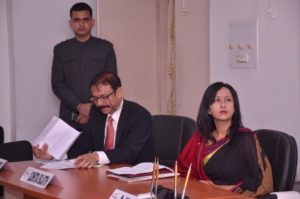 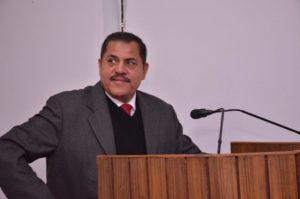 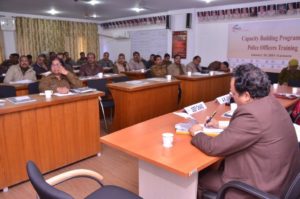 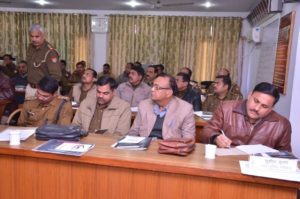 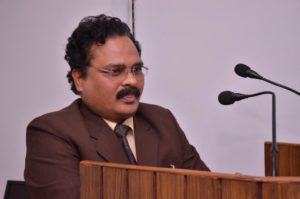