The 6th consultation was organised in the run up to the “National Consumer Day” being celebrated on24th December 2012 FICCI CASCADE celebrated the National Consumer Rights Week during the period 18-20th of December, 2012. The week’s celebration advocated socially responsible behaviour amongst Consumers.

During the Key note address on the occasion, Mr. Pankaj Agrawala, Secretary, Ministry of Consumer Affairs highlighted the fact that, “The market was becoming very complex with service industry overtaking the manufacturing industry.” He said that a sizeable section of the population was not even aware of quality products. He further wanted consumer organisations to be more active in creating awarenessand assured that the Ministry of Consumers Affairs will lend their complete support in their efforts.

Mr. Anil Rajput, Chairman, FICCI-CASCADE assured that FICCI-CASCADE would continue its efforts to  create consumer awareness through various campaigns throughout the nation. During the panel discussion the consumer activists unanimously agreed on the need to bring about a change in the Consumer Protection Act and provide a mechanism for speedy trials of the consumer cases.

On the 20th December 2012 the Hon’ble Minister of Consumer Affairs, Food Supply and Distribution was invited to deliver a Special address on the theme of “Building a Consumer Rights Movement-Empowering the Consumer of Today”. During the program the report of the study on “Socio-Economic impact of counterfeiting smuggling and Tax evasion in seven key Indian industry sectors”was released. The report, prepared by Thought Arbitrage Research Institute (TARI), New Delhi, made a pioneering attempt to estimate the size of the ‘grey market’ for selected industry sectors in India and projected the economic loss to industry, government and consequent social impact.

Commenting on the findings, Ms. NainaLal Kidwai, FICCI President said, “Counterfeiting is a serious economic offence causing a huge loss to industry, to the government and also to consumers. But it is still not considered as serious offence.” Further adding on to the subject, Dr. A Didar Singh, Secretary General, FICCI expressed his concern that consumers today are compromising their safety, as the products which they are consuming are not of the set standards because they are not coming from the manufacturer who actually promised them safety and adequate quality. The dignitaries present on the occasion congratulated FICCI CASCADE for having taken this initiative and bring on board Industry and government for the benefit of consumers. The program was attended by over 120 delegates consisting of industry members, consumer rights activities, school teachers, members of the legal professionals . 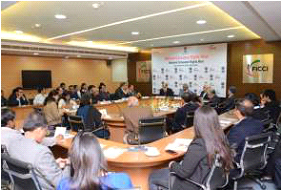 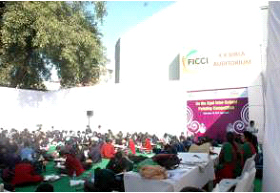 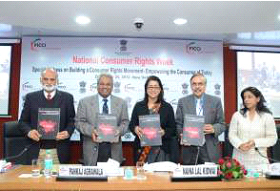 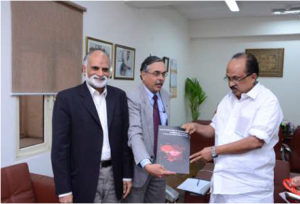