ILLICIT TRADE: AN ECONOMIC CALAMITY
A report on FICCI CASCADE initiatives in Bhopal

In the modern economic era, where rapid changes and technological advancements accelerate international trade and lead to fragmentation of the global supply chains, there is the need to maintain a right balance between trade facilitation and law enforcement. Due to this advancement and expansion, it has been witnessed that the geographic scope, capacity and range of illegally traded goods have increased manifold over the years. Illicit trade including counterfeiting and smuggling threaten economies, communities and society as a whole.

In order to discuss this rampant threat of this illegal trade, FICCI CASCADE (Committee Against Smuggling and Counterfeiting Activities Destroying the Economy) organized a seminar on ‘Combating Counterfeiting and Smuggling – An Imperative to Accelerate Economic Development’ in Bhopal on 26 September 2018. The event was followed by a Candle Light Congregation on 27 September 2018 on the issue with the students of Vellore Institute of Technology. The objective to educate them on the hazards posed by counterfeiting and smuggling activities, besides urging them to join the campaign against the menace of illicit trade.

Justice N. K. Jain, Retired Judge of MP High Court and Chairman, Madhya Pradesh State Consumer Redressal Commission, The Chief Guest at the seminar, applauded FICCI CASCADE’s commitment and drive to curb illicit trading activities in the country and called for continued efforts to change the general mindset with respect to the use of smuggled and other illicit goods. Smuggled and counterfeited products are not only hampering the country’s economic growth but is also adversely affecting the social fabric and the well-being of its people. He further stressed on the need for framing robust policies and their effective implementation to curb this worldwide menace.

Mrs. Anuradha Sharma, Additional Director General, Madhya Pradesh Police, stated that counterfeiting and smuggling was a huge area of concern as it highly impacted the health and safety of the common people, along with revenue losses to industry and tax losses to the government. Those dealing in such trading activities have set up criminal networks, which have now acquired global proportions. Notably, illicit trade is resulting in increased unlawful activities by transnational criminal organizations, including terrorist groups. Such is the enormity of the problem that it calls for stern deterrence and joint action of all stakeholders.

Mr. Vijay Agarwal, Vice President, Federation of Madhya Pradesh Chambers of Commerce and Industry & CEO, Narmada Transmission Pvt. Ltd, while welcoming the participants, observed that counterfeited, smuggled and other forms of illicit products adversely impacted industries, consumers, and the government. It was, therefore, increasingly imperative to address this growing problem to safeguard the interests of legitimate industry, ensure competitiveness and their contribution to the growth of the economy.

Mr. P. C. Jha, Advisor, FICCI CASCADE and Former Chairman, Central Board of Excise and Customs, stated, “During the last twenty years, the volume of counterfeiting activities globally has increased 100 times and the size of trade in counterfeited goods is about 10 percent of the legal international trade (equal to 2% of the world’s overall economic output). The problem of illicit trade is much more serious than it is commonly perceived.”

To provide deeper insight into the issue of counterfeiting and smuggling and to rule out effective resolutions and practical solutions, representatives from different sectors presented their ideas and suggestions, and proposed initiatives that were required. The panelists also deliberated on the various steps needed to establish a robust mechanism to monitor the impact of these ill-gotten goods on the health and safety of people, and the framework needed for monitoring the cross-sectoral and multi-stakeholder losses due this menace. Mr. Ranjit Kumar, Joint Commissioner, Customs, Mr. D. Sreenivasa Varma, IGP, CID, Madhya Pradesh Police, Dr. Anamika Gulati, HOD, Quality Department, Dawat Foods Ltd., and Mr. Harendra Singh, Registrar, M P State Consumer Disputes Redressal Commission, who participated in the panel discussion, all agreed that recognizing this issue as a growing menace and raising awareness on the problem among the masses were important steps towards addressing the problem illicit trade by. Mr. Deep Chand, Advisor, FICCI CASCADE and Former Special Commissioner of Police, New Delhi, who chaired the panel discussion, informed that 8 to 15 percent of global GDP was impacted due to illicit trade and criminal activities and emphasized that all stakeholder, both as a nation and as a part of the global economy, need to take stern and resolute steps against such ill-intentioned activities.

FICCI CASCADE’s candle light congregation, organized subsequently as a part of the series of nation-wide awareness campaigns to highlight the issue of growing menace of counterfeiting and smuggling, saw an enthusiastic participation of over 250 students with candles in their hands and banners stating, ‘Buy Make in India’ and ‘Say No to Smuggled Goods’. On this occasion Dr. P Gunasekaran, Vice Chancellor, VIT Bhopal commended FICCI CASCADE for taking the step of initiating the youth movement against illicit trade, such as smuggled and counterfeit goods. He agreed that activities involving illicit trade curbed the economic independence and the youth of the country must pledge not to use fake products, while fighting the menace of smuggling and counterfeiting, for the larger interest of the nation’s economy.

Several steps are being taken by FICCI CASCADE and the government to create large-scale awareness among the most impacted segment of this menace: the consumer. These programmes are being organized as a series of events being undertaken across the country, highlighting the growing menace of illegal trade and the accompanying fallouts. 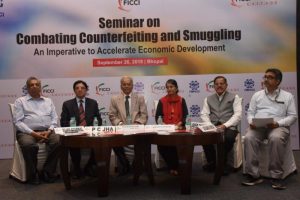 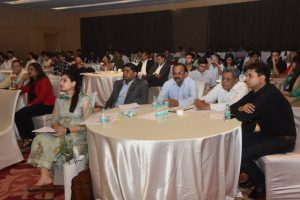 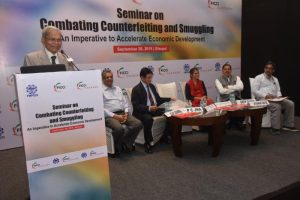 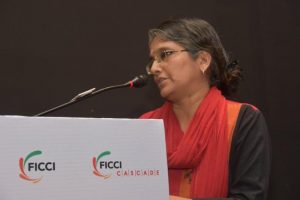 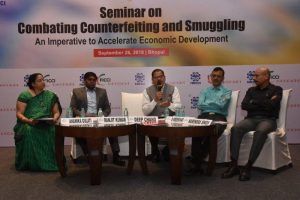 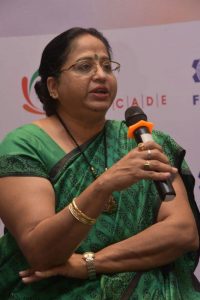 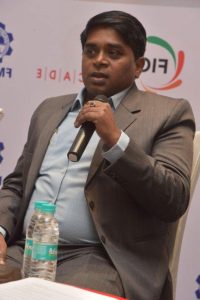 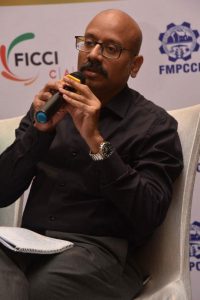 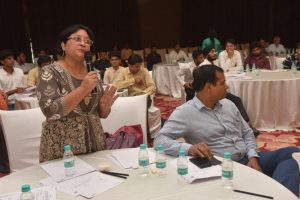