The connectivity of the world’s population has increased phenomenally during the past decades extending the reach of illicit trade to the remotest corners. Technological advent, fast communication channels and globalisation have given impetus to the exponential growth of illicit trade in dangerous forms, such as counterfeiting, smuggling and piracy. According to the World Economic Forum, the economic leakages from illicit trade creates an annual drain on the global economy of $2.2 trillion, which is nearly 3% of the world’s economy.

In order to discuss this growing concern, FICCI CASCADE organised a seminar on “Communication, Coordination and Collaboration: Strengthening the Fight against Counterfeiting and Smuggling” in association with the National Law School of India University, Bengaluru on 31st August 2019. Mr. Ullas Kamath, Chairman, Karnataka State Council, FICCI in his welcome address said that while the national GDP was growing at a rate of 5%, the growth of counterfeit goods was outpacing it at nearly 10%. He added that it was imperative to understand the need for safeguarding the rights of legitimate industry towards developing competitiveness in various sectors of the economy. Mr. Najib Shah, Former Chairman, Central Board of Indirect Taxes and Customs and Think Tank Member, FICCI CASCADE in his theme address, stated that “the realization of the damage counterfeiting causes is not appreciated. On the other hand, smuggling results in generation of unaccounted wealth and is the immediate trigger for criminal activities. We should aim to work towards creating an environment where people will want to be innovators and manufacturers and importers without fear of their work being plagiarised or having to compete with smugglers”.

“Compounding the problem is that counterfeiting has a nebulous definition”, observed Hon’ble Ms. Justice Prathiba M. Singh, Judge, Delhi High Court, the Chief Guest at the programme. While commending FICCI CASCADE’s continued campaign in addressing the menace of smuggling and counterfeiting, Justice Pratibha Singh emphasized on the need for education, awareness and sensitization campaigns amongst consumers, specially the country’s youth, to effectively deal with the problem of illicit trade.

Prof. Dr. M.K. Ramesh, Vice-Chancellor, National Law School of India University, in his address, mentioned that “tackling the menace of counterfeiting and smuggling should be of prime importance with zero defect and zero-effect on the environment. The image of India will shine globally if we strengthen our enforcement of laws, evolve strategies to address this issue and at the same time safeguard the intellect”. The Vice-Chancellor extended his support and ensured the Law School’s commitment to work with FICCI CASCADE in its fight against smuggling and counterfeiting.

Prof. (Dr.) T. Ramakrishna, Professor of Law, Chair of Intellectual Property Rights, Head, CIPRA, Head, Institute of Excellence on Standards and IPR, elaborated on the best practices in dealing with the counterfeiting issue globally, citing laws in the US, Turkey, Canada, UAE and Japan, along with Mr. Ranjan Narula, Managing Partner, RNA, who spoke on the laws in the US and Canada.

The event witnessed enthusiastic participation of over 100 industry captains, representative from consumer forums, lawyers, government officials and other stakeholders. The program concluded with the participating delegates agreeing on the following proposals:

1. The primary concern in tackling the growing phenomenon of illicit trade is the implementation and enforcement of laws, as the legal framework is adequate.
2. There is a need to train judicial and police officers for ease of implementation and prosecution of such cases.
3. The need to understand that the consumers are also an important stakeholder. Involving them to fight the increasing menace is essential to tackle this isuue.
4. Naming and shaming both users and producers of counterfeit products is another essential mechanism, which will lead to shunning of the products by the consumers themselves, thereby leading to a change in the mindset of the people. 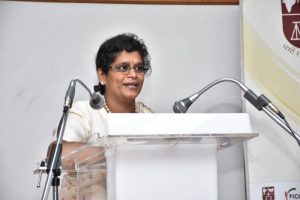 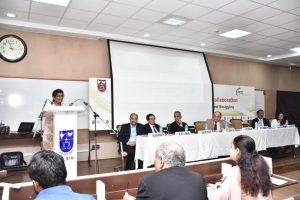 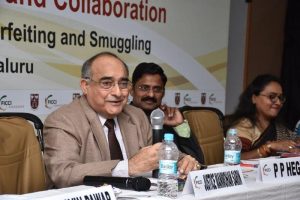 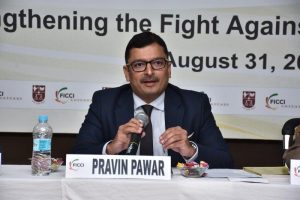 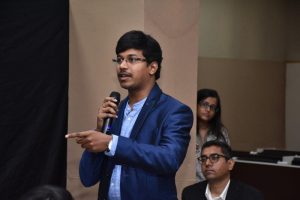 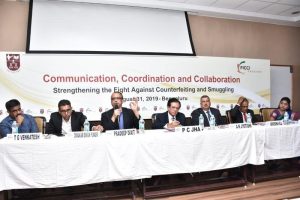 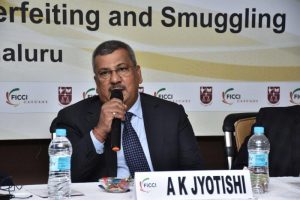 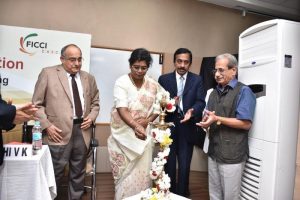 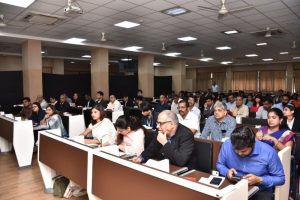 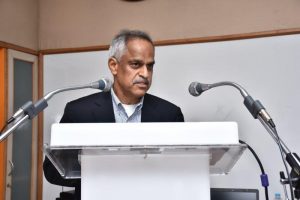