Over some time now, trade in counterfeit, smuggled and pirated goods has developed into a substantial threat to the economy of our country and pose serious safety and security hazards to the society at large. Different government agencies are involved at various stages in tackling such crimes, right from detection, investigation, prosecution and prevention of these offences, often including the recovery of the proceeds of crime. The police department is the primary law enforcement agency in our country. With low barriers to market entry and infiltration, the police play a very significant role in ensuring the protection of right owners. There are adequate laws available but enforcement of the laws makes the role of police officers even more important in the fight against counterfeiters and smugglers.

FICCI CASCADE has been organizing capacity building programs for police officers in various states, focusing on economic offences such as counterfeiting, piracy and smuggling, equipping the officers to understand the laws and take requisite action against counterfeiters and smugglers. In pursuance of its agenda of sensitizing police officers on this issue, FICCI CASCADE organized a series of capacity building programmes for police officers on ‘Prevention of Counterfeiting, Smuggling and Piracy’ during June-July 2019 in Vizianagaram, Mysore, Chennai, Meghalaya and culminated it in New Delhi on 5th July, 2019.

A key objective of the program was to build capacities of the officials on seriousness of the socio-economic impact of counterfeited and smuggled goods and the practical aspects that has to be kept in mind by the officers while investigation of economic crimes. Over 250 police officers of the rank SIs, ASIs, DSPs, ACPs and DCPs participated in the training programme at Barakhamba Police Station, New Delhi.

Mr. Deep Chand, Former Special Commissioner of Police, New Delhi and Advisor, FICCI CASCADE, in his address informed about FICCI CASCADE’s mandate of capacity building of law enforcement agencies including Judges, Police and Customs Officers, and how CASCADE had been working extensively and intensively in this area nationally, organizing training programmes and seminars along with continuous interactions with the law enforcement authorities to emphasize on the importance of increased awareness on the gravity of the problem.

Mr. Chand correlated smuggling and counterfeiting activity with the security challenge in different environments around the world. He cited various instances where illicit trade in goods is being increasingly used to fund anti-social and terrorist activities. Mr. Chand also urged that need of the hour today was tangible actions to increase enforcement, and to impose increased punishments. This is imperative to reassure legitimate business owners and consumers that the government is serious about protecting right owners, and this will, in turn, encourage greater support for government policies.

While deliberating on the topic, some of the challenges for police in addressing such crimes that were highlighted are:
• Capacity in terms of skill, infrastructure and technology amongst the law enforcement is not adequate.
• Since the police officers are fully occupied with the investigation of property offences and crime they have little exposure to economic offences and special provisions contained in the enforcement of the IP laws. Hence, it is not a priority for police officers.
• Lack of knowledge of legal provisions related to IP laws. This is necessary for efficient investigation and successful prosecution.
• Majority of the Investigation Officers do not have requisite training and are not comfortable with the investigation that involves such offences.

Mr. Suvashis Choudhary, IPS, Additional Commissioner of Police, Economic Offence Wing, Delhi Police, chief guest at the programme said that, ‘”The fundamental work of the police is to safeguard life and property of the public, and to maintain law and order in the society. Counterfeiting and smuggling activities is a wire joint which encourages organized crimes. Traditional crimes like murder and terrorism are usually given importance however, economic crimes like counterfeiting and smuggling which affect our daily lives are not given due priority’. Mr. Choudhary thanked FICCI CASCADE for its initiative of sensitizing police officers on this pertinent issue and urged the industry to come forward and work collaboratively with the police to address this menace”.

The training session was also addressed by eminent lawyers, academicians and industry discussing on a wide range of concerns on the subject with the participating police officials. The programmes were supported by United States Patents and Trademark Office (USPTO). Mr. Timothy K. Browning, Attorney-Advisor, USPTO, Washington emphasized on the creation of a National Coordination Center to enforce IP laws and resolve issues arising out of this menace. He also said ‘‘USPTO stands for promoting strong and effective IP laws globally and we have collaborated with FICCI CASCADE to exchange best practices and new methods to counter crimes such as counterfeiting, smuggling and piracy.”

All speakers unanimously agreed on the fact that the existence and operation of smuggling, counterfeiting and piracy is not only broad in scope and large in value but is draining the global economy, causing losses to both industry & government, and most importantly adversely impacting the health and safety of the consumers. There is an urgent need to create communication, coordination and close cooperation amongst various government agencies, law enforcement officials and private sector to curb the growing scourge. 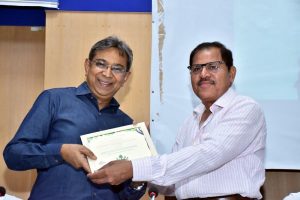 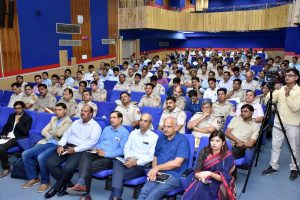 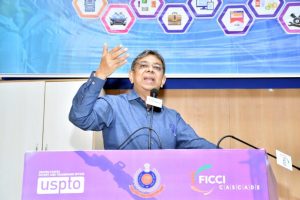 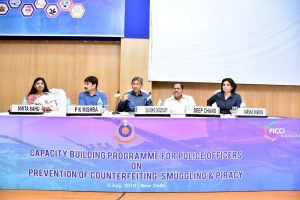 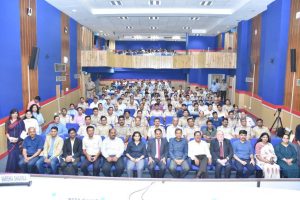