Six men have been arrested in a series of raids by officers investigating a suspected £22m tobacco smuggling and money laundering operation.

Four men from Essex were detained, one from Hertfordshire and one from the West Midlands.

The Obama administration is preparing to warn car owners whose air bags have been... 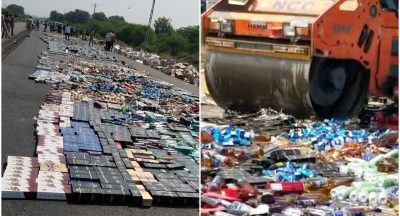 Over 12,000 bottles of illicit liquor destroyed in Ahmedabad

A prohibition seizure destruction drive was organised in Gota area of Ahmedabad...

Lagos — The Nigerian Customs Service says it has uncovered plan by some high...