The Haryana Police on Wednesday said they have arrested a man from Sirsa district for alleged involvement in the printing of fake currency.

A police spokesperson said they seized counterfeit notes with a face value of Rs 93,500, a printing machine and 584 currency-size papers from the accused.

He said police had got a secret input about the printing of fake currency at Kharia village in Sirsa by the accused, identified as Manohar Lal.

One of the accused”s associates managed to escape, the spokesperson said, adding he has been identified and will be behind the bars shortly. A case has been registered and further investigation is under way.

As many as 100 pumps were seized from a pump company at Peelamedu by Bureau of...

Kolkata: In one of the largest gold recoveries in recent times, the Directorate... 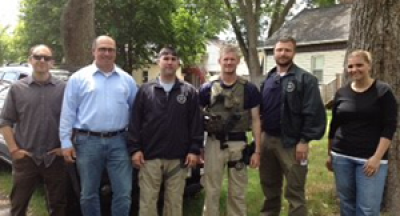 Raids Crack Down on Zig-Zag Counterfeiting