Seminar on Communication, Coordination and Collaboration-Strengthening the fight against counterfeiting and smuggling

February 22, 2019 by adminficci Past Events 0 comments

Illicit trade costs billions of dollars in tax revenues, diminishing legitimate business revenues, distorting economies, eroding social fabric and fueling organized crime. In order to lower the incidence of such illegal trading activities, we need a coordinated response from all stakeholders, bridge the enforcement gaps which can be exploited by criminal networks, reassess capacities to counter illicit trade, and identify areas which yield greatest public benefit and awareness.

Illicit trade is a major concern worldwide. To address this issue, FICCI CASCADE (Committee Against Smuggling and Counterfeiting Activities Destroying the Economy) organized a seminar on ‘Communication, Coordination and Collaboration – Strengthening the fight against counterfeiting and smuggling’ on 22 February 2019 in Lucknow. The seminar was organized to provide stakeholders with the tools, information and capacity needed to tackle illicit trade.

Mr. Brijesh Pathak, Cabinet Minister, Legislative and Justice, Government of Uttar Pradesh, the chief guest at the seminar, congratulated FICCI CASCADE for the initiative on curbing illicit trade and extended his support in working collaboratively with the industry body. He further urged that the industry should come out with the set of recommendations for due consideration while designing future policies. The minister emphasized that with adequate and necessary support from the general public, the government will be better equipped to fight the hazards of smuggling and counterfeiting and in making new laws on the subject.

Mr. Amar Tulsiyan, Managing Director, Shudh Plus and Member, FICCI Uttar Pradesh State Council, in his welcome address, highlighted how counterfeiting and smuggling were adversely impacting industries, consumers, government and the Indian economy as a whole. It was very important that the need for safeguarding the rights of legitimate industry was kept in view to help develop competitiveness in various sectors of the economy, Mr. Tulsiyan emphasized.

Mr. P. C. Jha, Advisor, FICCI CASCADE and Former Chairman, Central Board of Indirect Taxes and Customs, stated “In the last twenty years, the volume of counterfeiting activities globally has increased 100 times and the size of trade in counterfeited goods is 10% of the legal international trade (around 2% of the world’s overall economic output). The problem of illicit trade is much more serious than it is commonly perceived”. Mr. Jha also highlighted that in India around 20% of road accidents occured due to fake auto parts.

The seminar also held panel discussions on ‘Organized Crime Surge in India – Role of Enforcement Agencies in Combating Smuggling and Counterfeiting’ and ‘Role of Government and Industry to Fight Against Smuggled & Fake Products and Ensuring Consumer Protection’, where experts from various fields deliberated on the issue at hand.

Mr. Deep Chand, Advisor, FICCI CASCADE and Former Special Commissioner of Police, New Delhi, who moderated the panel discussions, emphasized on the need for consumers being continuously made aware of the detrimental impact of illicit products and the increasing role of enforcement agencies to curb this menace. He said that awareness campaigns explain the consumers on how to differentiate a spurious product from a genuine one and emphasized on demanding a copy of the bill from the seller for every purchase, along with the harmful consequences of buying illegal products vis-a-vis genuine ones.

The problem of counterfeiting and smuggling can be only be solve when society will recognize it as serious threat to the nation emphasized, Mr. Nilabja Choudhary, IG, PAC, UP Police Lucknow. Mr. A R Naik, Additional Commissioner, Customs (P), stressed on the need to have a multi-disciplinary approach to encounter this challenge.  Mr. V K Singh, Additional Director, Directorate of Revenue Intelligence said that society at large, trade & industry and enforcement machinery should work together to fight this major issue.

Mr. Sanjay Gupta, President, U.P. Adarsh Vyapar Mandal, pointed out that counterfeit products were available across all industries and emphasized on the need for education and support from citizens to combat this evil. Mr. Vijay Acharya, Founder President, Bharat Jyoti-Consumer Forum, affirmed his support to FICCI CASCADE in its nationwide awareness campaign to protect consumers rights in terms of health and safety, and proposed extending this drive to the remotest areas in the state. Mr. Sanjay Abhigyan, Senior Editor, Amar Ujala underlined the role of media in highlighting this critical issue more prominently.  Mr. Tikaram Rawat, Designated Officer, Food Safety and Drug Administration, Govt. of UP urged the consumers to be more vigilant towards the issue of counterfeiting and smuggling, observing that if the consumers become growingly aware of the matter and begin looking at it seriously, the problem could be addressed effectively to a large extent.

The event witnessed enthusiastic participation of the stakeholders present in the seminar, including representatives from the government and enforcement agencies, consumer activists, media personnel, industry and legal experts. Over 200 people attended the seminar that saw intense interaction with delegates demonstrating an active interest in the issue. The program concluded with a consensus that to mitigate this global risk, both public and private sector decision makers needed a firmer understanding of the problem, the nature of its economic impact and a clearer comprehension of the conditions that enabled it. 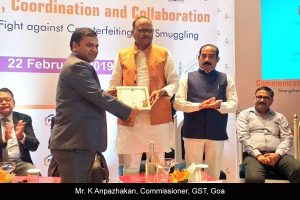 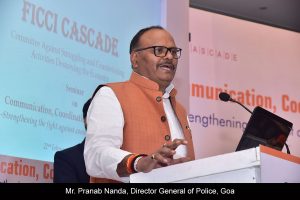 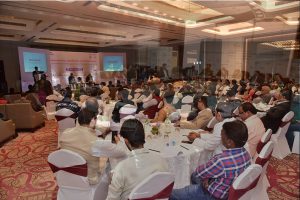 Candle Light Congregation on Fight Against Smuggling and Counterfeiting

With a view to identify opportunities for joint action between enforcement...