Seminar on Containing Counterfeiting and Smuggling -A Step Towards Prosperous Nation Building,  Chennai

In the modern economic era, with technological advancements accelerating international trade and fragmentation of global supply chains, there is the need to maintain a right balance between trade facilitation and law enforcement. Significantly, as a result of these developments, the geographic scope, capacity and range of illegally traded goods have increased manifold over the years. Illicit trade, including counterfeiting and smuggling, now increasingly threaten economies, communities and the society as a whole. According to the World Economic Forum, economic leakages from illicit trade creates an annual drain on the global economy of US$2.2 trillion, which is nearly 3% of the world’s economy. The scale of counterfeiting and smuggling is huge, and 10% of the global GDP is siphoned off by illicit trade.

FICCI CASCADE has been working relentlessly to create awareness and sensitize all concerned about the harmful impact of counterfeiting, smuggling and piracy. In order to discuss this growing menace, FICCI CASCADE organised a seminar on “Containing Counterfeiting and Smuggling: A Step Towards Prosperous Nation Building” on 22nd January 2020 in Chennai. Ms. V Kavitha Dutt, Chairperson, FICCI Tamil Nadu State Council & JMD, The KCP Ltd. in her welcome address highlighted that counterfeiting and smuggling adversely impacted industries, consumers, government and economy. “Illicit trade has a serious decelerating effect on growth which must be curbed substantially. Consumers must be emphasized on taking a bill on every purchase for making India a tax complaint nation and encouraging citizens to be a part of progressive nation building,” she added.

Hon’ble Dr. Justice S. Tamilvanan, President, Tamil Nadu State Consumer Disputes, was the chief guest at the seminar. “As per Consumer Protection Act 1986, consumer rights should be protected. Smuggling and counterfeiting is affecting not only the revenue of the government but is also adversely impacting commerce and industry and the health and safety of the people. This national problem can be reduced through proper laws and stringent actions, which in turn will lead to a prosperous nation building. Effective enforcement, special courts and tribunals, proper development and awareness are the pillars to curb this menace”, said Hon’ble Justice.

Dr. Prateep V. Philip, IPS, DGP Civil Supplies (CID), Government of Tamil Nadu, in his special address, said that India had a burgeoning market in counterfeit and smuggled goods ranging from electronics to cosmetics, pharmaceuticals, apparels, cigarettes, footwear etc. “The increasing internet penetration of over 302 million internet users makes India the second largest online user base. Owning to the shift in customers from offline purchases to online purchases, a multi-pronged and multi layered approach across all supply chain is required to establish a universal and uniform electronic pedigree. Illicit trade is operated by criminal gangs and terrorist groups which emphasizes the importance of customs and border protection agencies in preventing and reducing this heinous crime,” he said.

Mr. P C Jha, Advisor, FICCI CASCADE and Former Chairman, Central Board of Indirect Taxes and Customs, giving an overview on the socio-economic impact of illicit trade on the economy highlighted that the direct employment opportunity lost in textiles, cigarettes, readymade garments, capital goods and consumer electronics was about 5.01 lakh in 2017-18, while the employment opportunity lost in the economy was about 16.36 lakh in 2017-18 due to backward linkages and multiplier effects of these five industries. Mr. Jha also stressed on having zero-tolerance towards illicit products as it fuelled terrorist activities and organised crime.

The seminar generated discussions on the organised crime surge in India and the role of enforcement agencies in combating smuggling and counterfeiting. Ms. Kameswari Subramanian, International Expert, Customs Law, Procedures & Trade facilitation and Think Tank Member, FICCI CASCADE while chairing the session emphasised on the role of social media, television and broadcasting on curbing the menace of illicit trade. Mr. M M Parthiban, Principal Commissioner of Customs, Chennai Customs Zone, Mr. Peri Umasankar, Additional Director General, DRI, Chennai Zonal Unit, Directorate of Revenue Intelligence and Mr. Vijay Kumar, IPS, Superintendent of Police, CB, CID, Chennai joined Ms. Subramanian in the panel. The enforcement officers echoed on the need for effective coordination and collaboration among the stakeholders coupled with vigorous action in order to counter the growing hazards of counterfeiting and smuggling. With the online purchase fuelling the sale of counterfeit products, the officers urged firms to use bar-codes and RFID tags when selling via e-portals to assure consumers of authentic products.

The role of government and industry to fight against smuggled and fake products and ensuring consumer protection was addressed by representative of leading industries, law firms and senior government officials. Eminent panellists in the deliberations included Mr. Deep Chand, Advisor, FICCI CASCADE and Former Special Commissioner of Delhi Police, Mr. Sajjansingh R Chavan, Commissioner, Civil Supplies and Consumer Protection Department, Government of Tamil Nadu, Ms. Shakthi Priya, Legal Consultant, Hindustan Unilever, Mr. Rajesh Ramanathan, Partner, Factum Law and Mr. R Srivatchan, Director, Chaturth Business Solutions. The panellists were of the view that a streamlined, formal system of informing the manufacturers about the illicit products would allow for an effective communication between consumers and brands and help curb the practice of producing counterfeit products. They emphasised on the fact that illicit trade was a national issue that affected everyone individually, hence, a behavioural change for consumers was required with respect to buying/using such products.

The seminar witnessed enthusiastic participation of over 120 industry captains, representative from consumer forums, lawyers, government officials, media and other stakeholders. The discussions concluded with a common view that the problem of counterfeiting and smuggling was multifaceted and complex and needed to be discussed time and again with government agencies to emphasize on effectively addressing the menace through adequate laws and enforcement practices; increased engagement with industry and, most importantly, creating awareness in the society to help fight the threat emanating from illicit trade. 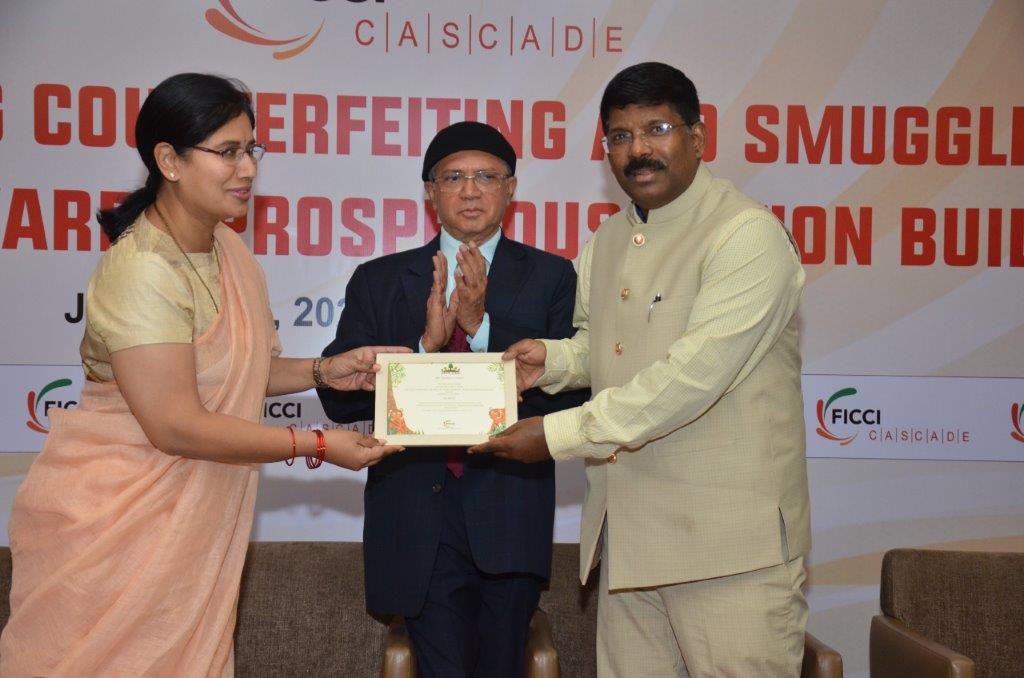 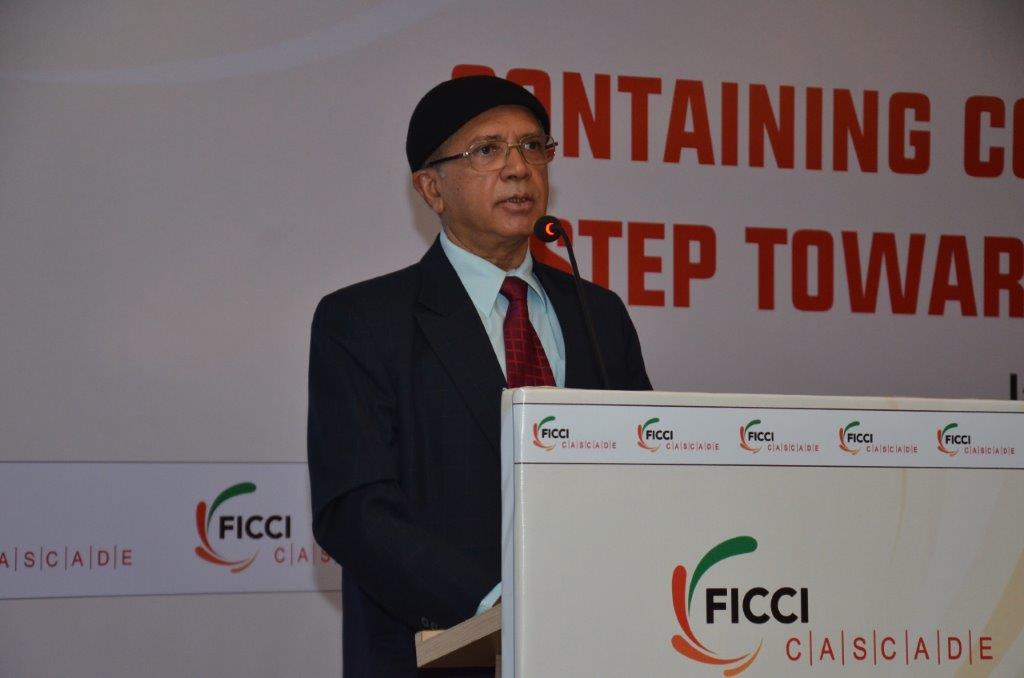 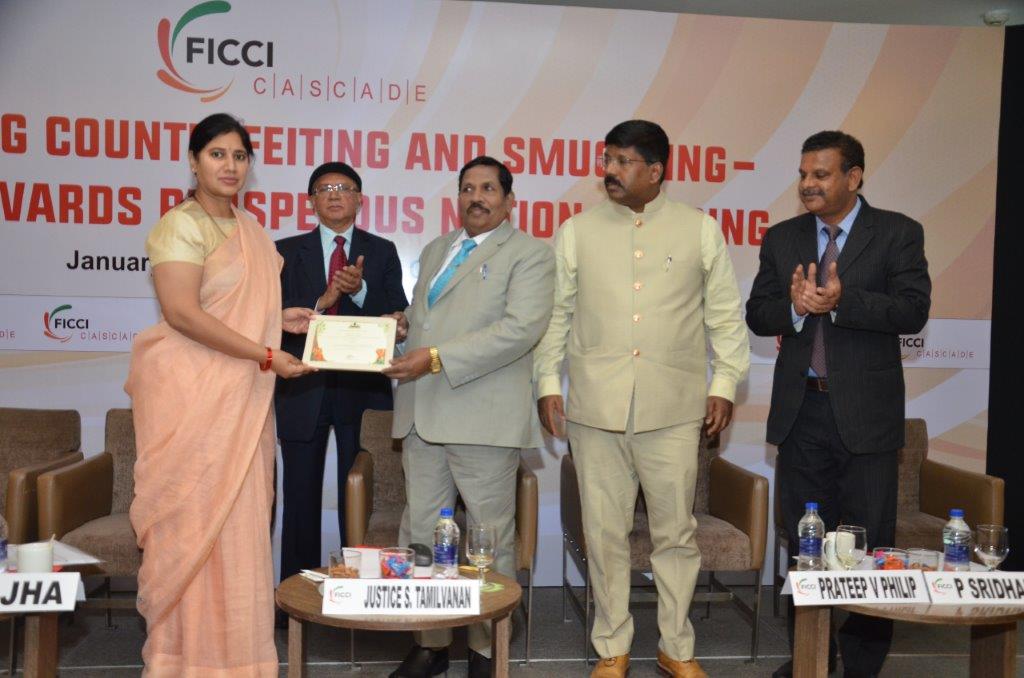 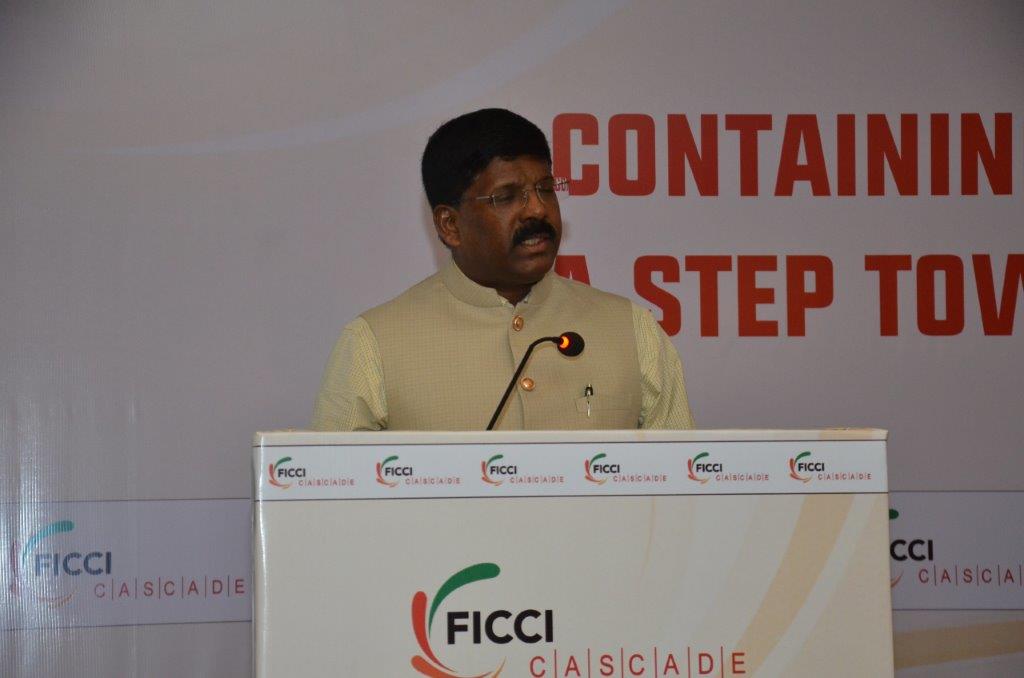 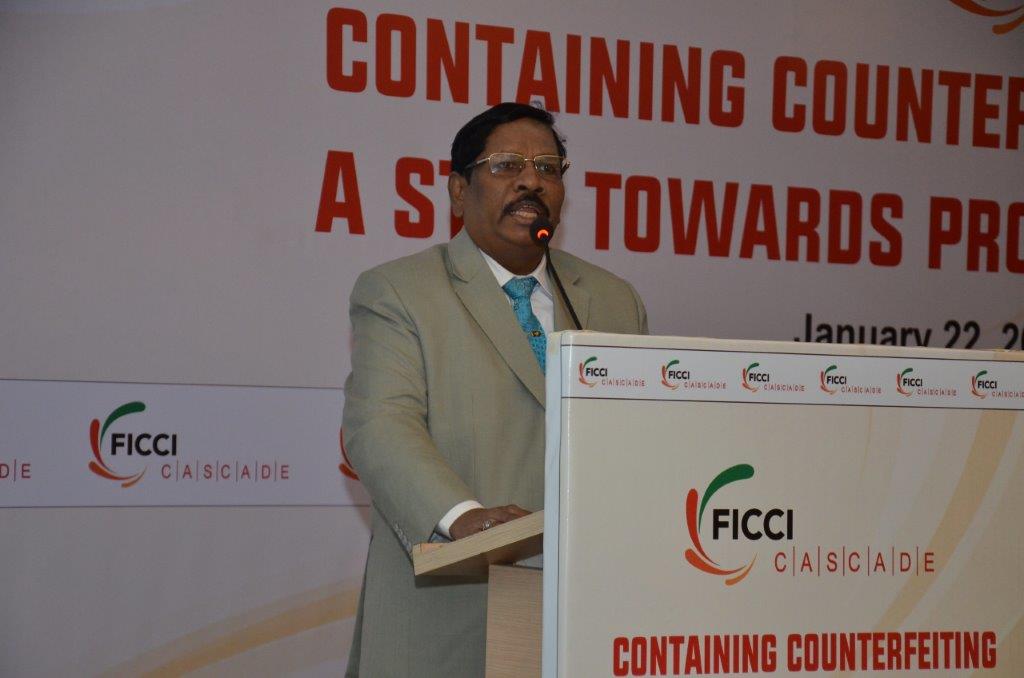 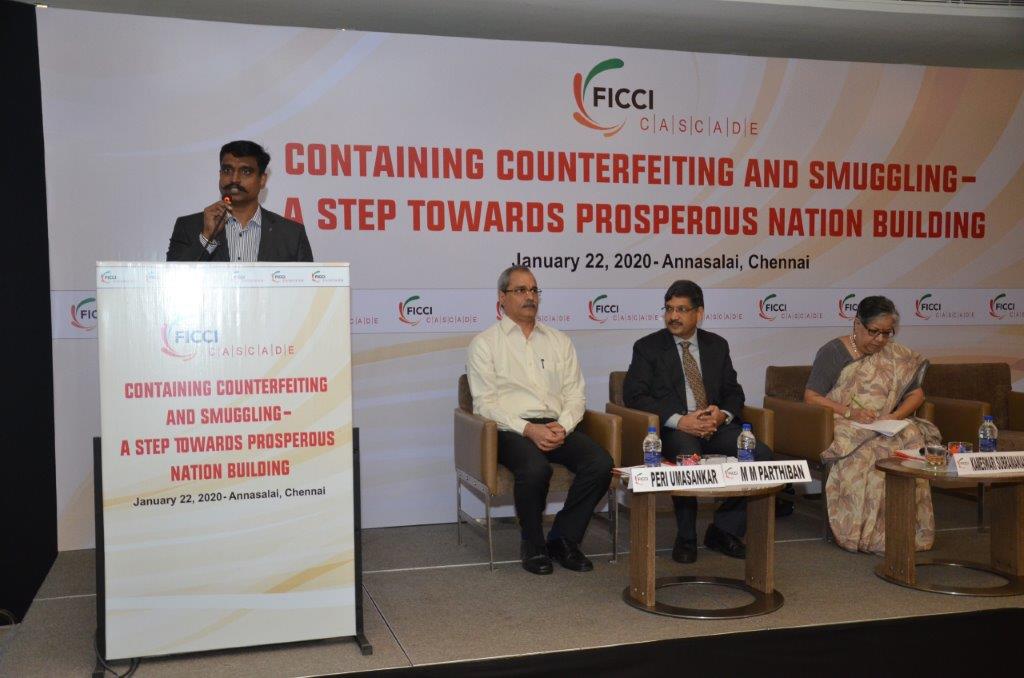 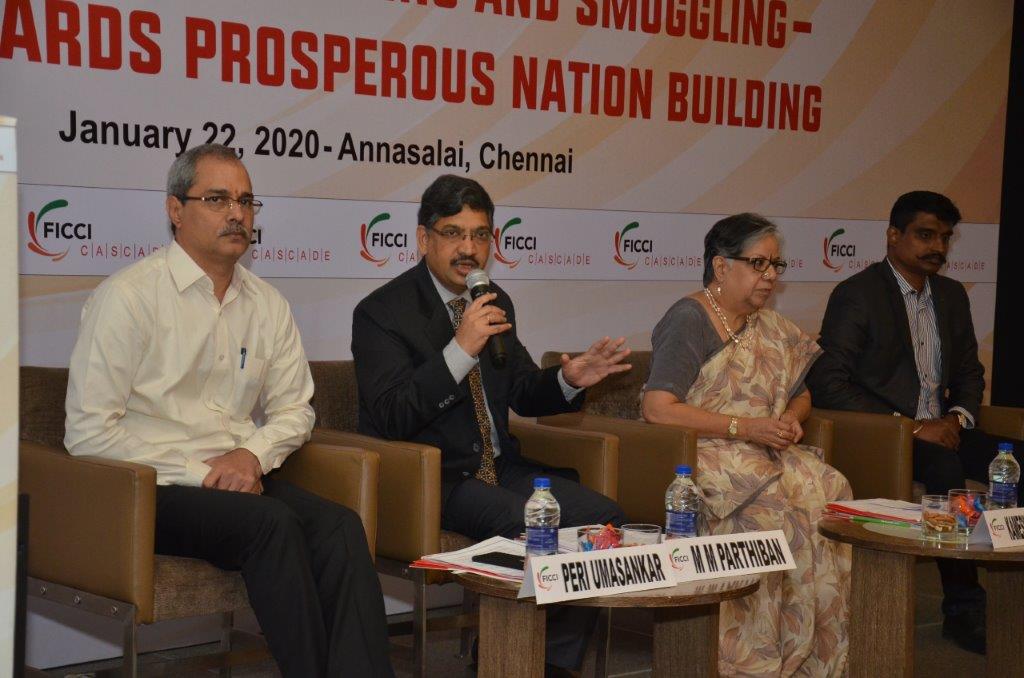 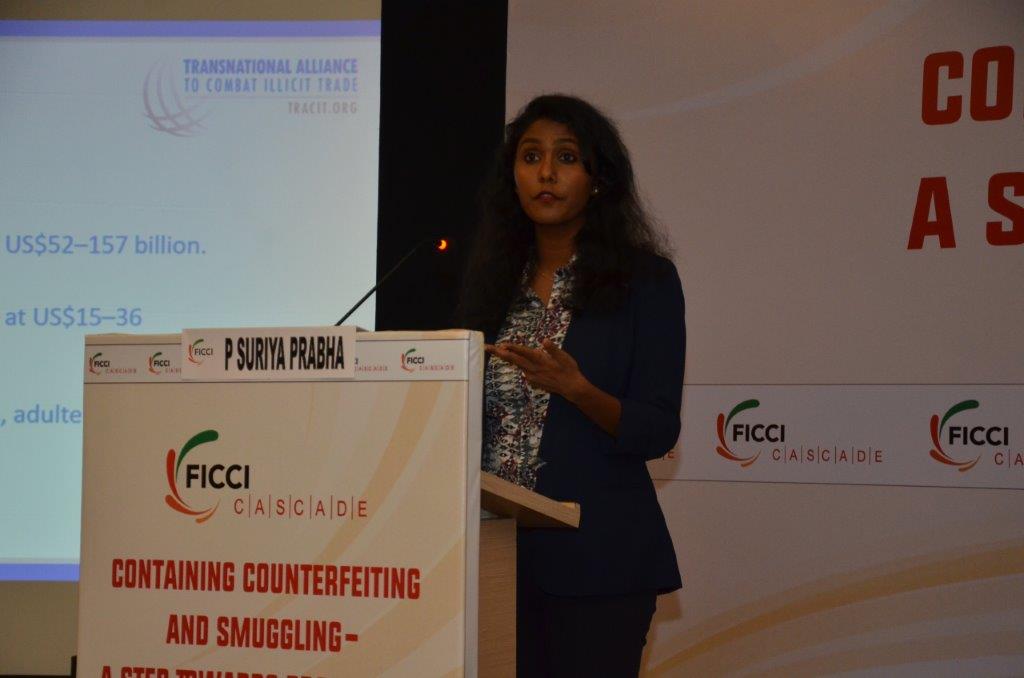 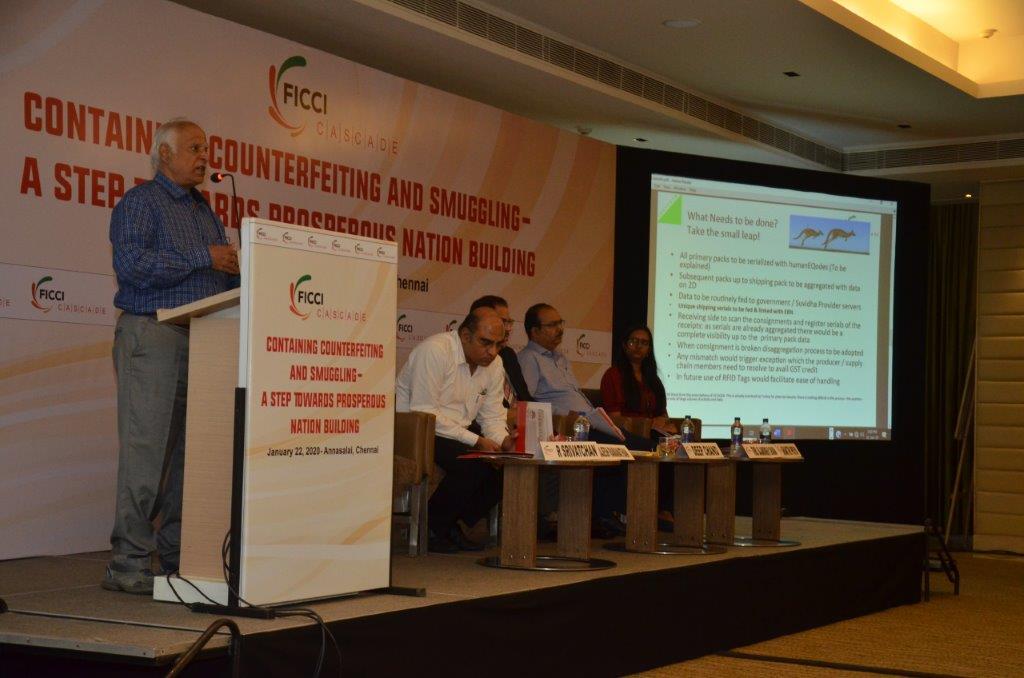 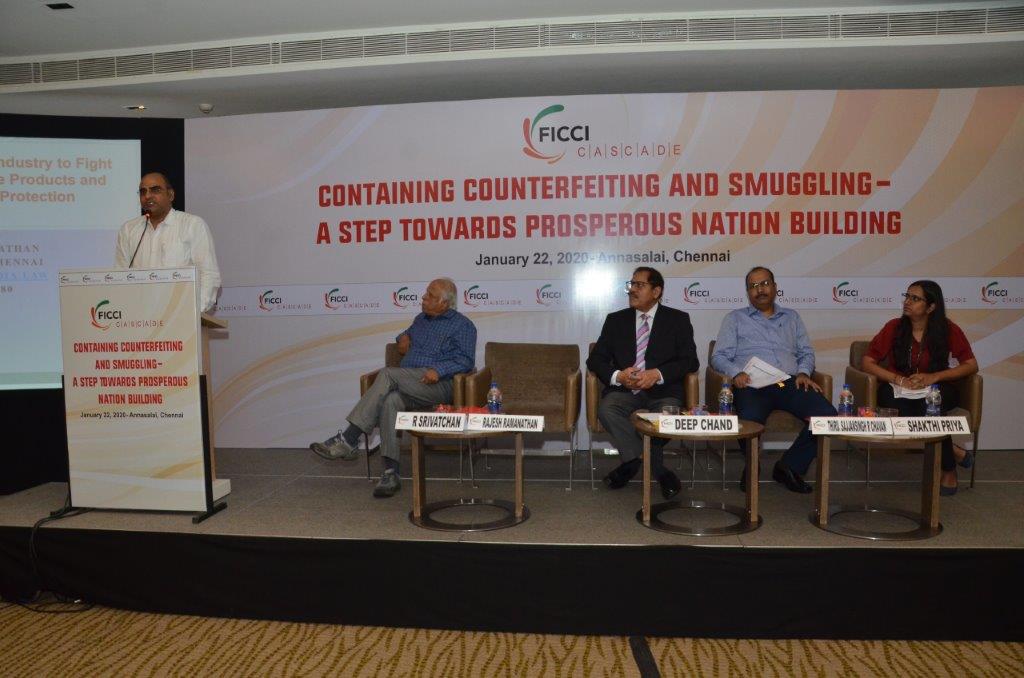 Interactive Session on Strategies to Combat Smuggling and Counterfeiting

Interactive Session on ‘Illicit Trade – A Threat to our National Interests, Bhubaneswar