FICCI CASCADE (Committee Against Smuggling and Counterfeiting Activities Destroying the Economy) in association with the Chandigarh Judicial Academy organized a Judiciary roundtable on Smuggling, Counterfeiting and Piracy on July 12 at the Chandigarh Judicial Academy. The objective of the roundtable was to focus on issues and challenges, which the Judiciary is expected to address in resolving IP disputes in view of the changing scenario of technology and trade policies and development of the law on the subject.

Hon’ble Mr. Justice Sanjay Kishan Kaul, Chief Justice, High Court of Punjab and Haryana was the chief guest at the event.  Hon’ble Justice pointed out that though the topic of smuggling, counterfeiting and piracy is important; it has only received selective importance. He further stated that IPR is creation of human minds and these creations needs to be rewarded. However, reward will only come if it is protected.  With the advancement of technology the situation has become complex and needs greater protection.  Hon’ble Justice emphasized that law creation is one part but awareness creation is even more important. There is a large section that is not aware.  Efforts should be made to make people aware of the legal provisions and protection available for counterfeiting, smuggling and piracy related activities.

Hon’ble Mr. Justice Surya Kant, President, Board of Governors Chandigarh Judicial Academy and Judge, High Court of Punjab & Haryana in his special address congratulated FICCI for taking this initiative with the Chandigarh Judicial Academy in organizing the seminar which is of global importance.  Hon’ble Justice remarked that a nation with strong IPR encourages both innovation and knowledge diffusion through IPR protection which in turn propels its economy. Hon’ble Justice said that India can deal with the menace of smuggling, counterfeiting and piracy with a strong IPR regime and by complying with international treaties.

Mr. Deep Chand I.P.S. (Retd.), Advisor, FICCI CASCADE in his address mentioned that the Judiciary plays an extremely vital role in our country providing legal remedies against violation of personal and property rights of the persons. The effective safeguard of the rights of right owners can be carried out by judiciary, with understanding of laws, statues and judgments. These analyses and verdicts form a definite type of law. But it is very essential that later on the same adjudication must be reliably followed. The judiciary must be able to comprehend intellectual property, identify intellectual property and predict the utility of the same. It is vital that the quantum of damage fixed in encroachment of intellectual property ought to be such that it not only protects the holder but also prevent any subsequent infringement.

Mr. Arun Chawla, Asst. Secretary General, FICCI welcomed the dignitaries and guests and stated that the costs of counterfeiting, piracy and smuggling are not only real, but are huge. With the increase in global trade and technological revolution, there has been an increase in IP crimes. Crimes relating to piracy, smuggling and counterfeiting have increased manifold in global market as a result of which the government, businesses, society and consumers are losing millions of rupees. Protection of Intellectual property is thus a vital element in encouraging research and innovation, international trade and investment, and sound economic growth and development. Mr. Chawla also shared the initiatives of the FICCI CASCADE in fighting the perils of smuggling and counterfeiting.

The day-long programme was attended by 125 trainee judges and a number of sitting high court judges. 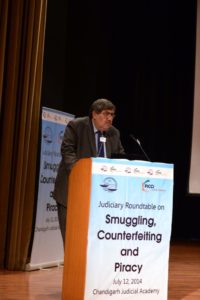 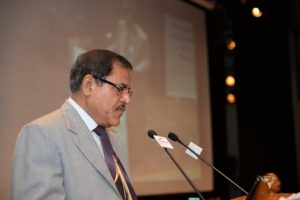 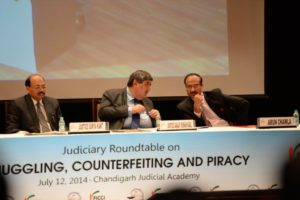 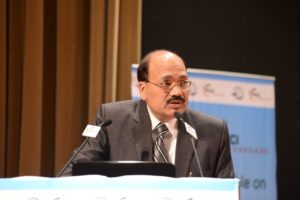 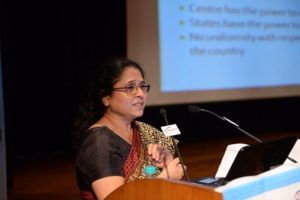 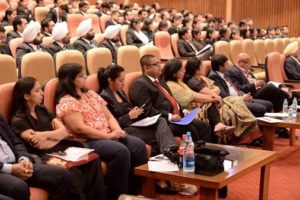 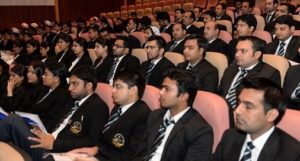