February 28, 2019 by adminficci Past Events 0 comments

With a view to identify opportunities for joint action between enforcement agencies and industry to combat illicit trade, FICCI CASCADE organized a Stakeholder Consultation with Delhi Police on 28th February 2019 in FICCI. The principal purpose of the interaction was to share with Delhi Police some key issues and challenges faced by industry which could help in understanding the real problems faced on ground, and to keep these aspects in mind while taking action against counterfeiters and smugglers.

Mr. Suvashis Chaudhary, Additional Commissioner of Police, Economic Offences Wing (EOW), Delhi Police was the chief guest at this consultation. In his address, he stated that the problem of counterfeiting and smuggling was growing rapidly. Talking about the scale of the problem, Mr. Chaudhary mentioned that EOW had registered 326 cases in last 9 years. Unfortunately, the EOW is insufficiently resourced to handle the large volumes of such cases. Moreover, in most cases the cases are not taken to its logical end. Unless the criminal is convicted and/or required deterrence is made, this problem will keep growing. He also called for interstate coordination between enforcement agencies, an important area that needed growing attention to curb smuggling activities.

The consultation was also addressed by Mr. Harmohan Chauhan, Assistant Commissioner of Police, District Investigation Unit, Delhi Police, who mentioned that Delhi Police in their endeavor to create mass awareness on the ill effects arising out of counterfeiting and smuggling had been undertaking several activities to sensitize the public on this issue and urged industry to come forward and collaborate with the Police in this endeavor.

Mr. Deep Chand, Advisor, FICCI CASCADE and Former Special Commissioner of Police, New Delhi in his welcome remarks stated that an estimated 8 to 15% of global GDP was impacted due to illicit trade and related criminal activities. With a growing economy, India also faces the challenge of countering illicit trade in smuggled & counterfeit goods. Mr. Chand highlighted the following key concerns of the enforcement machinery in India and proposed prioritizing this issue by the Police. 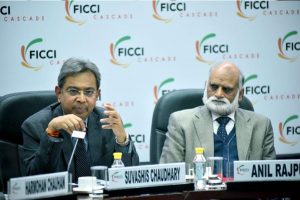 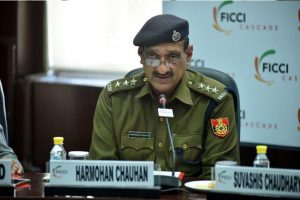 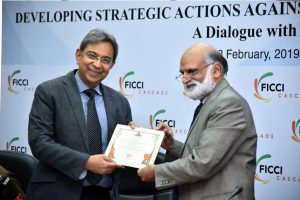 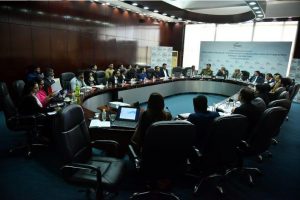 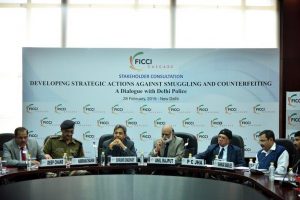