September 15, 2020 by adminficci Past Events 0 comments

The problem of illicit trade has only compounded in the current situation, where criminals have used the pandemic as an opportunity to cause significant damage on the economy of the nation, health and safety of the consumers. FICCI’s Committee Against Smuggling and Counterfeiting Activities Destroying the Economy (CASCADE) in its series of state specific webinars on Combating Counterfeiting and Smuggling during the COVID-19 pandemic and beyond’, organized the next edition in the series for the state of Assam and other north eastern states of India on September 15, 2020. The webinar discussed and underscored the efforts that the Industry & government have taken and could further take in tackling the flow of illicit products during the current crisis.

Mr. Debajyoti Dutta, Secretary, Food & Civil Supplies and Consumer Affairs, Government of Assam during his special address at the webinar said, “The criminals who are indulging in smuggling and counterfeiting activities are promoting crime and economic instability and the consumers are bearing the brunt of it. It is important that we instill pride for Indian brands and goods amongst the consumers. This will play a pivotal role in putting counterfeit and smuggled products out of the market.” Mr. Dutta further said that the menace of illicit trade is to be dealt in a dedicated and systematic manner with concerted efforts from all central and state enforcement agencies along with the paramilitary forces.

Mr. Pabitra Khaund, Secretary, Department of Industries & Commerce, Government of Assam in his address reiterated the importance of supporting local manufacturing and goods and said that the Prime Minister’s call on ‘Vocal for local’ will be a potent tool in our fight against counterfeiting and smuggling. It will create a conducive environment for the economy of the state government and play a major role in strengthening India. He also shared that the government of Assam has launched several schemes in this direction, which has immensely benefitted local artisans and small enterprises.

The webinar shared insights on the role of enforcement agencies such as the customs, play to thwart criminals who are cashing in during the crisis. Mr. G. M. Kamei, Commissioner, Commissionerate of Customs, North Eastern Region shared that during the Covid period they have successfully conducted 710 seizures of goods worth Rs. 110 cr. The Commissioner said that the Custom officers have kept watch on the various areas of smuggling in the Indo-Myanmar border. As the lockdown restrictions are easing, the customs have increased their vigil along with increased coordination work with other agencies such as the DRI, Assam Rifles and state police to make the task of smuggler a difficult one. However they agree that much more can be done in the area and welcomed inputs and suggestions from industry and members of trade for reducing the menace of smuggling in the region.

Congratulating the Assam government and the enforcement agencies Mr. Anil Rajput, Chairman, FICCI CASCADE said, “The enforcement officials have relentlessly pursued the smugglers and counterfeiters in the North Eastern region and over the last few months seized contraband and illicit cigarettes, liquor, drugs, currency and consumer goods”. He urged them to keep up the good work which will ensure that the perpetrators of illicit trade do not see the covid-19 situation as a reason to exploit vulnerable consumers and organizations.

The session was chaired by Ms. Kameswari Subramanian, International Expert, Customs Law, Procedures & Trade facilitation and Think Tank Member, FICCI CASCADE .The concluding remarks were made by Mr. Ashish Phookan, Chairman, FICCI Assam State Council. Issues such as consumer safety, safeguarding legitimate businesses while promoting indigenous production which will play a significant role in the path to our economic recovery was emphasized by the speakers. The webinar was attended by industry, government officials, officers from the enforcement agencies and stakeholders in this segment. 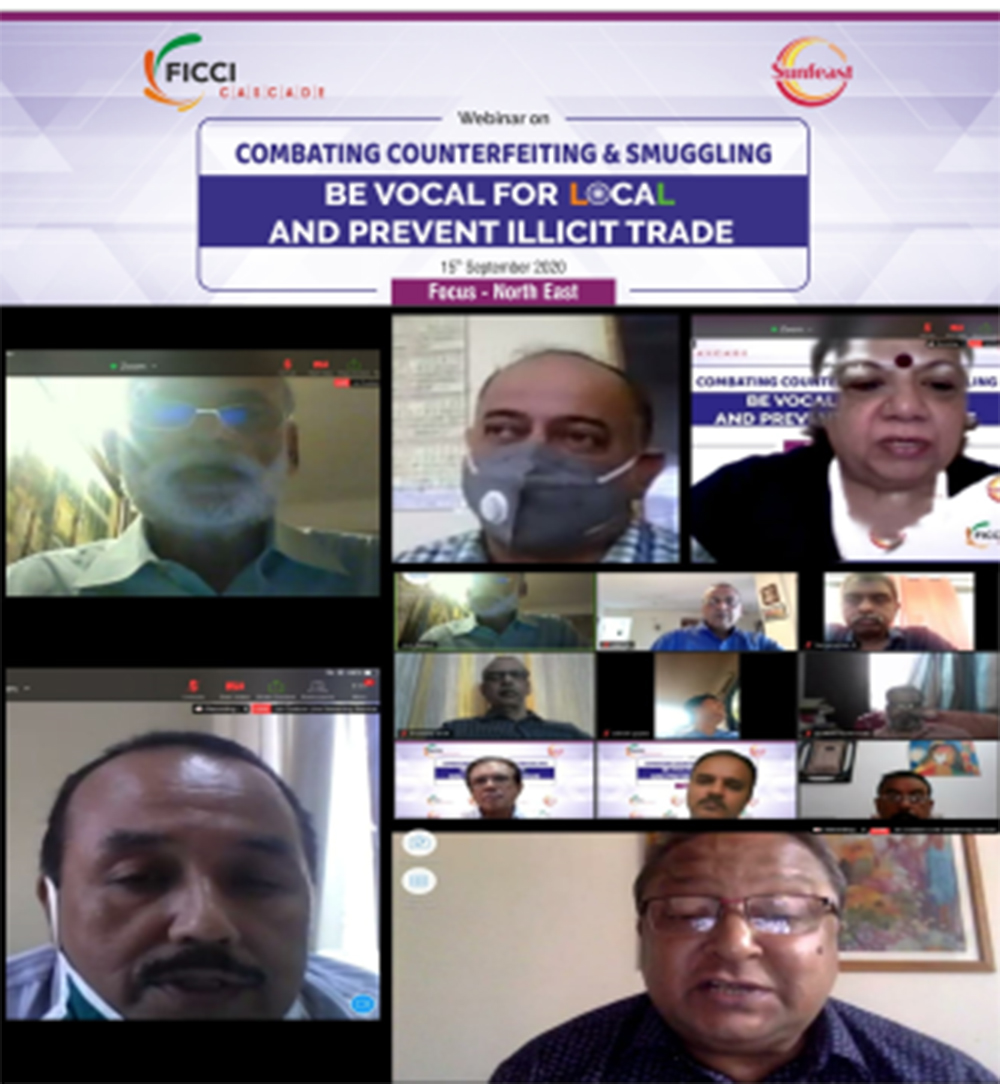 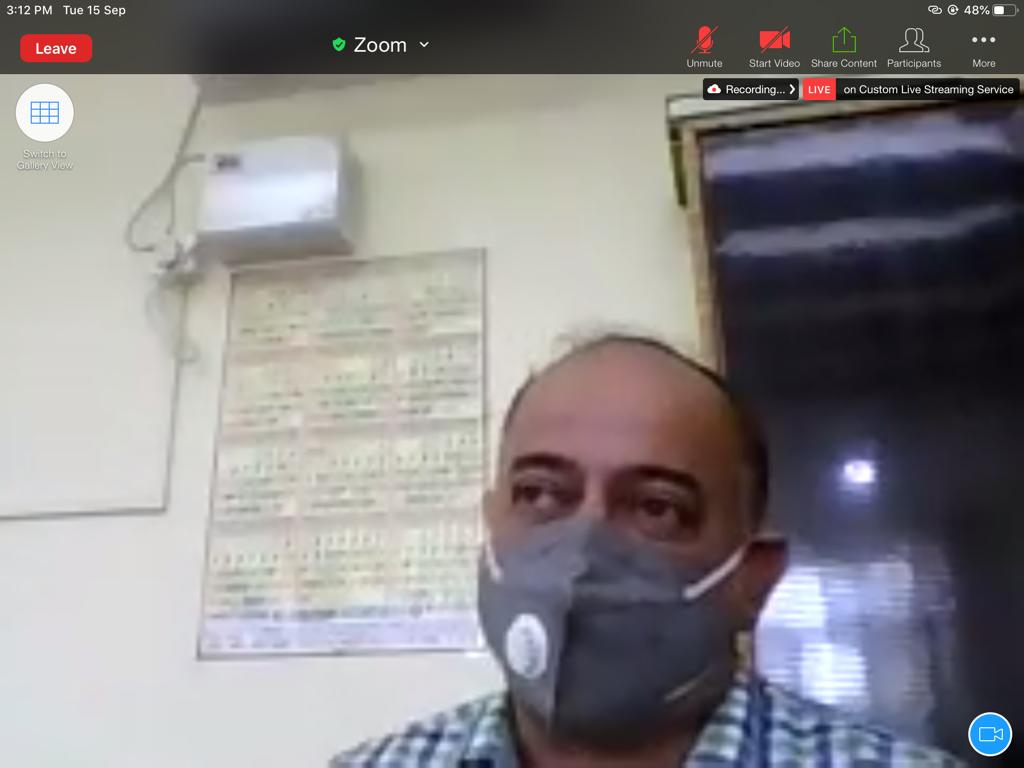 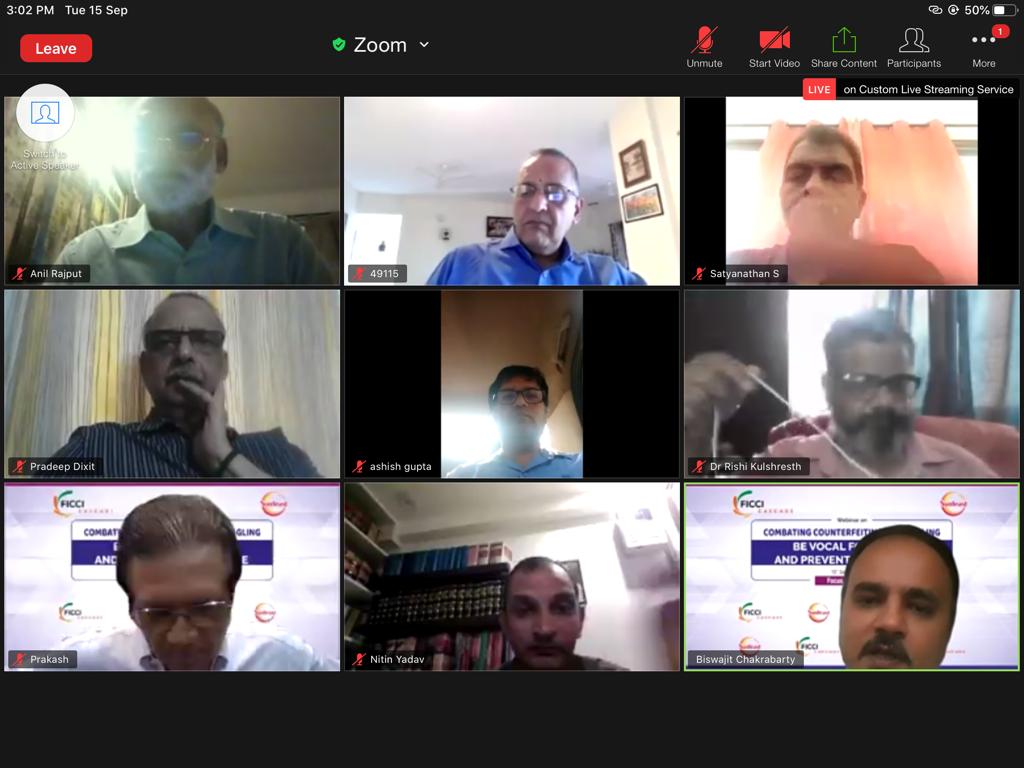 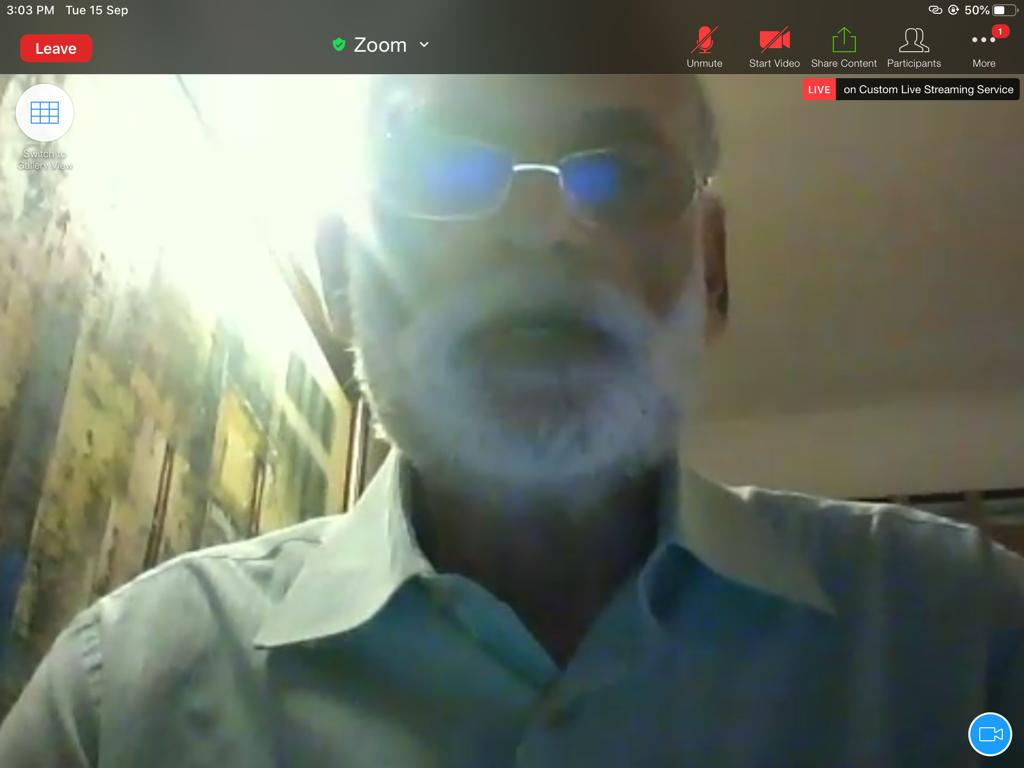 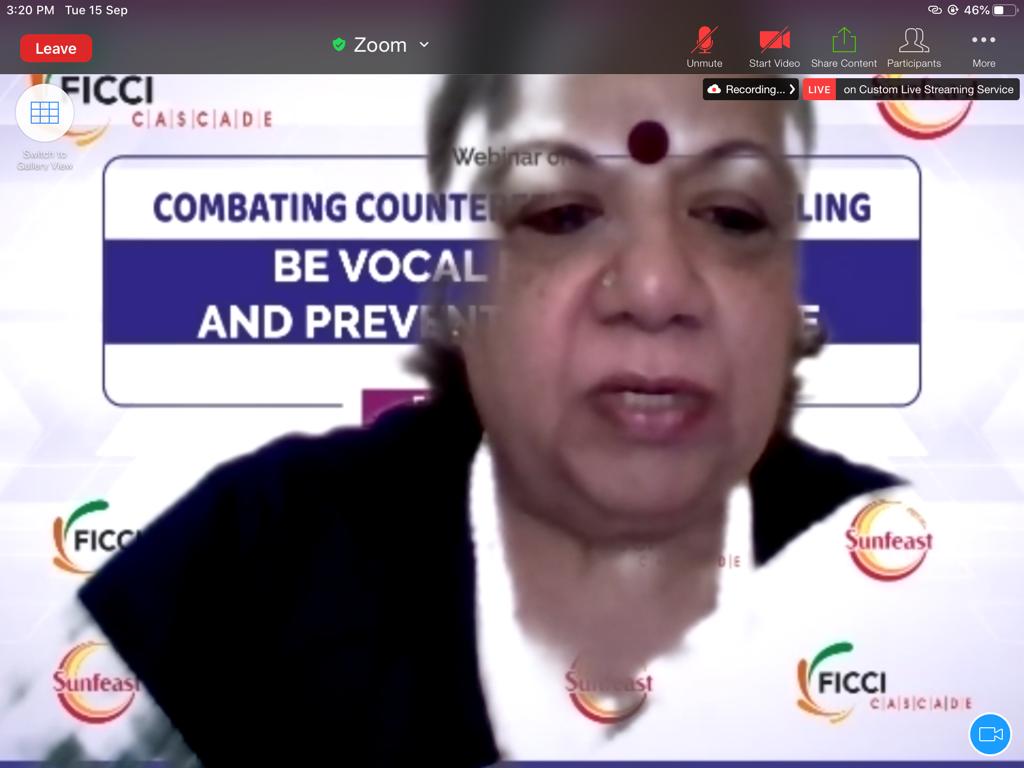 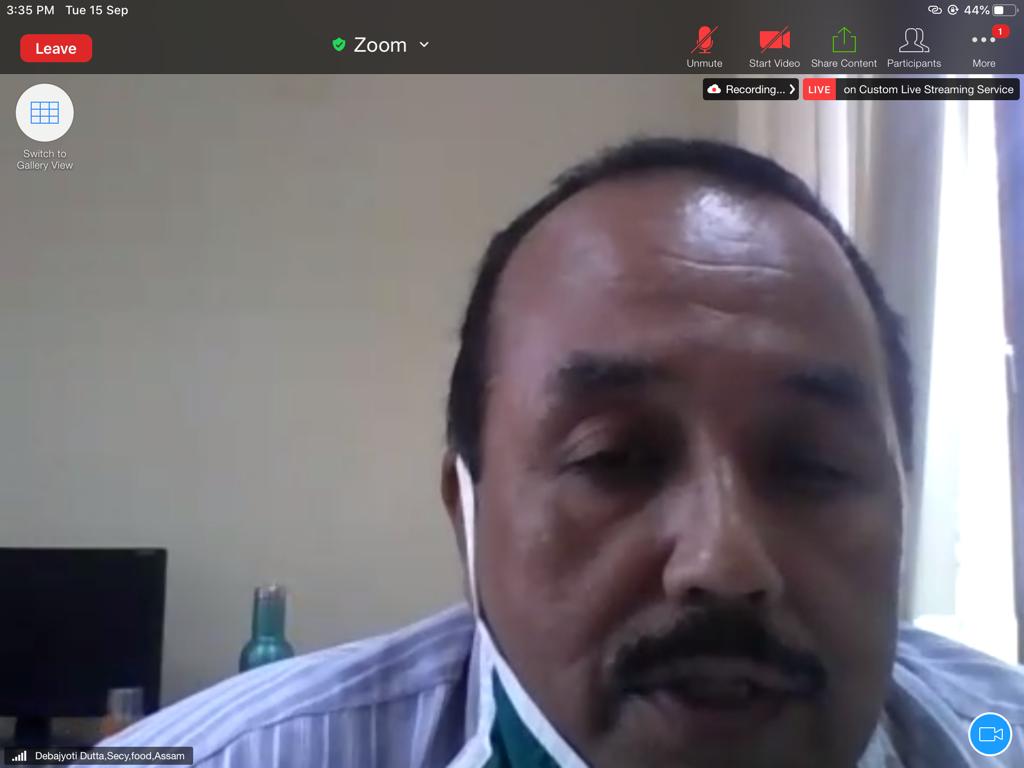 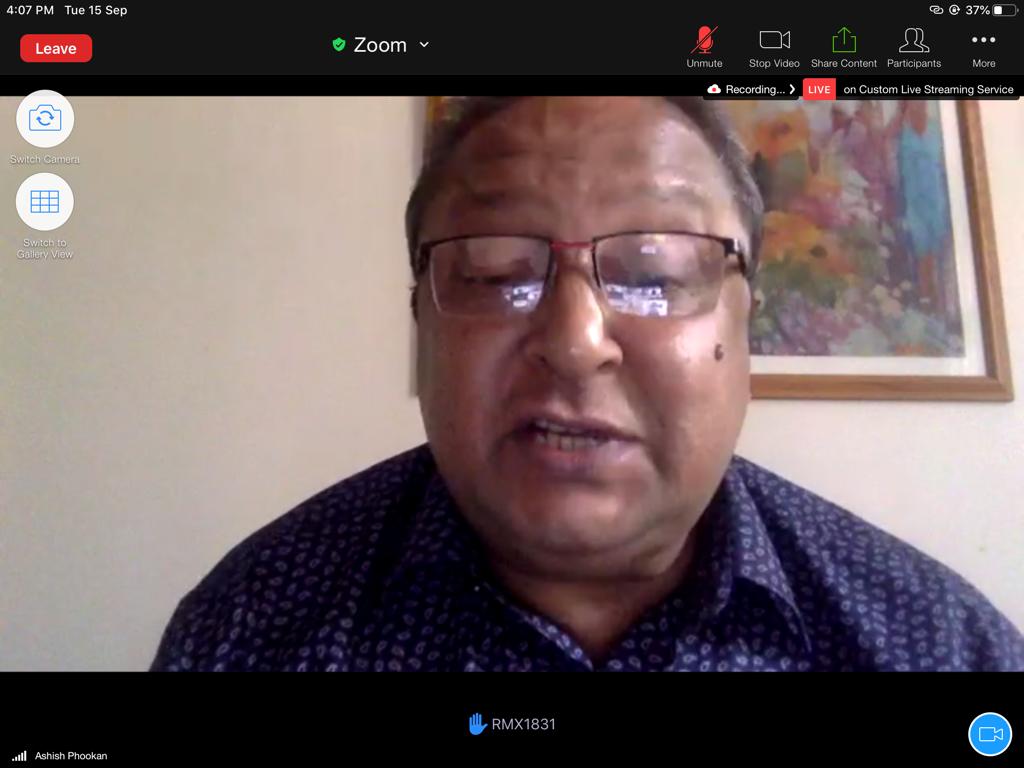 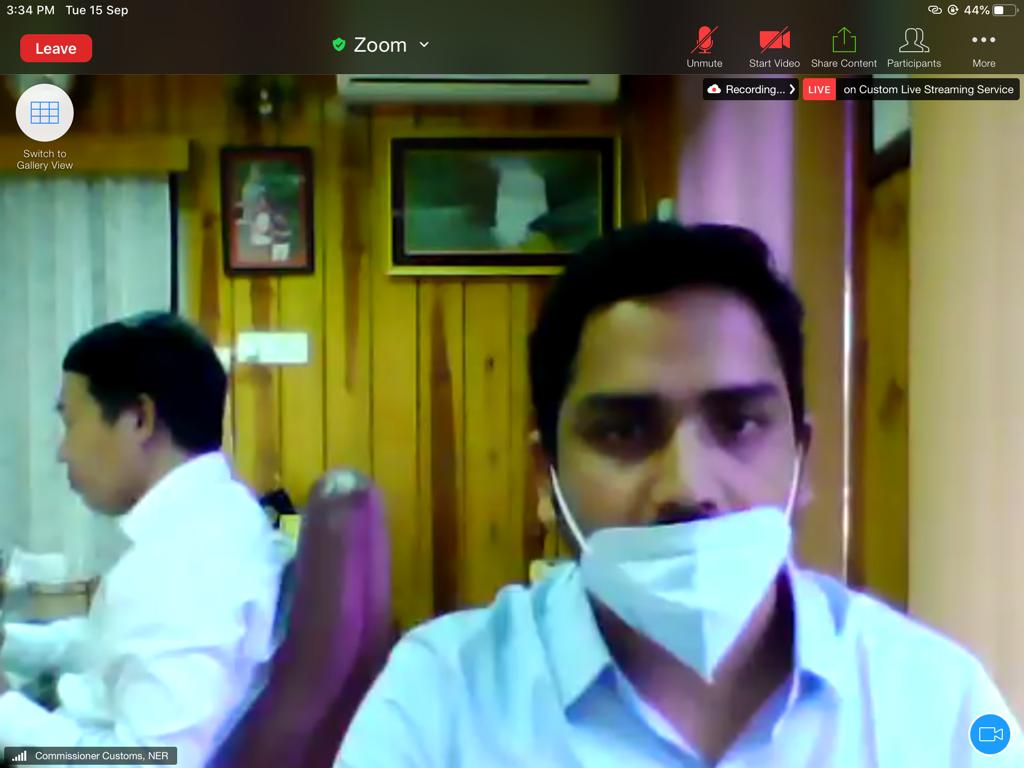 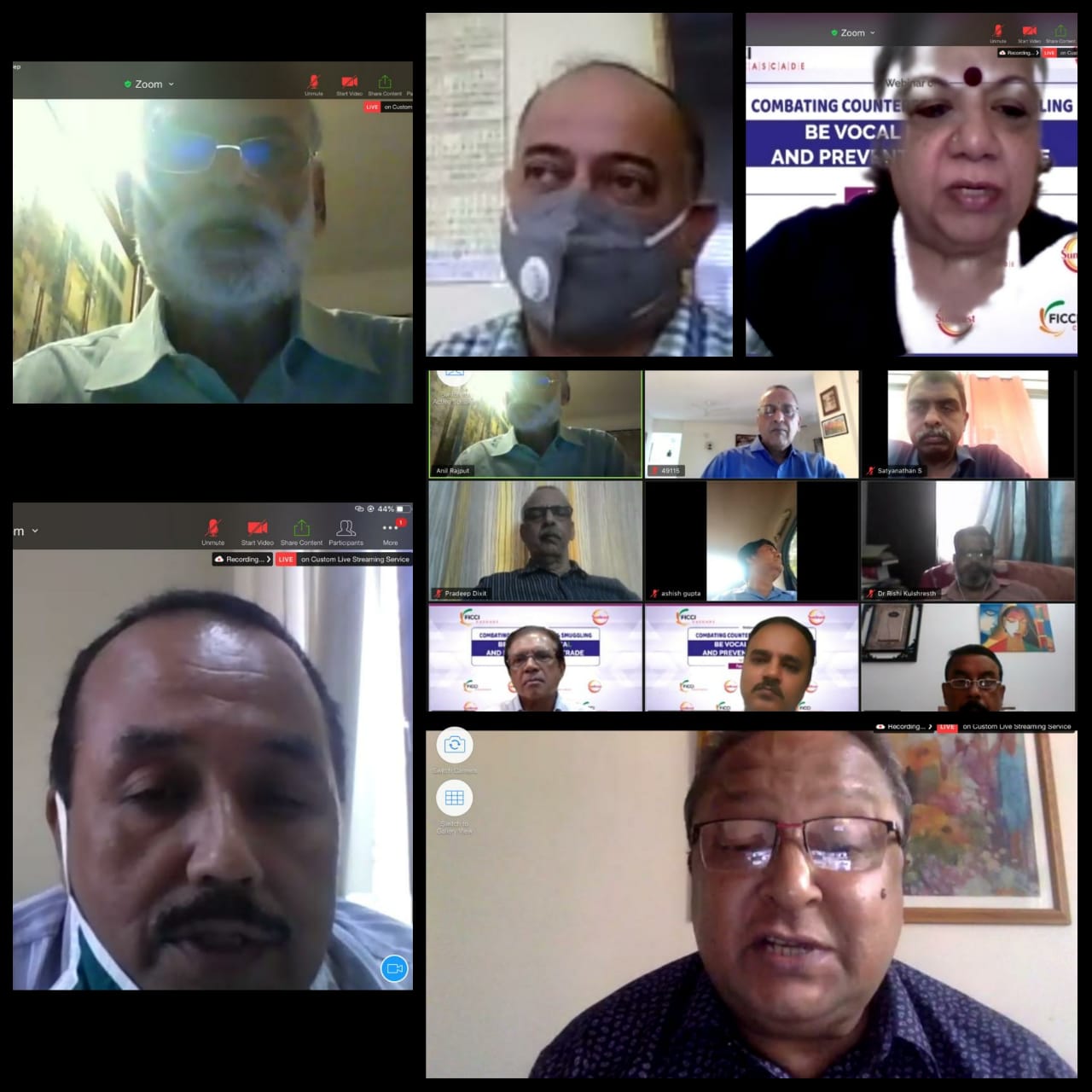 Cyclothon—Fight Against Counterfeiting and Smuggling, Lucknow 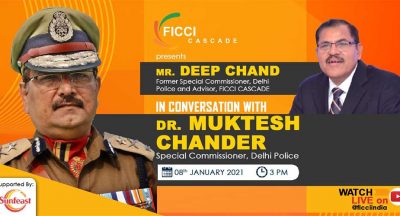