Illicit trade, smuggling and counterfeiting have been a huge challenge for humankind for many decades where they rob the government of its rightful revenue, pose health and security hazards to citizens and create a plethora of problems for the society at large. While the centre and state governments have been playing a proactive role in dealing with this issue, FICCI’s Committee Against Smuggling and Counterfeiting Activities Destroying the Economy (CASCADE) has also been highlighting the ill effects of this adversary and eliciting response from stakeholders to concertedly address this problem especially during the current crisis. It is with the above background that FICCI CASCADE organized a webinar on ‘Combating Counterfeit and Smuggled and Pirated goods During the COVID-19 Pandemic and Beyond’, on 27th October 2020 focusing on the State of Kerala. The webinar was a part of a series of such events which are being organised across the country as part of a nation-wide awareness campaign to highlight the issue and focus on the growing menace of illegal trade.

Mr P Thilothaman, Minister for Food and Civil Supplies, Govt. of Kerala, was the Chief Guest at the webinar. In his inaugural address, Mr P Thilothaman said, “We need to create consumer awareness and substantially reduce the illicit market operations for a conducive environment for growth and development in the country.” He further added, “Consumer awareness on fake and smuggled goods is low and hence many consumers are unaware that they are buying such goods and equally unaware of the consequences. Protecting and promoting the welfare of consumers has become one of the major concerns of our government and organizing awareness programs such as these will help to educate and sensitize the consumers.”

Mr Anil Rajput, Chairman, FICCI CASCADE welcomed the dignitaries and during his address, complimented the Kerala Government for their high levels of vigil to deter any illicit activities in the state. He said, “Despite having multitude of challenges owing to COVID-19, the enforcement agencies of Kerala have seized large number of illicit liquor, fake sanitizer products, gold, tobacco products and much more.” Highlighting the Prime Minister’s Vocal for Local initiative, Mr Rajput emphasised, “I could not imagine a better time for the Hon’ble Prime Ministers clarion call of Vocal for Local-Atmanirbhar Bharat, which to my mind could alleviate the pain and catapult India to even greater heights in the future.”

Dr M I Sahadulla, Co-Chair, FICCI Kerala State Council and MD, KIMS Healthcare Management Ltd. said, “Kerala being a consumer state, the opportunity is more for illicit traders. Hence, it is essential to create awareness and put an end to such nefarious activities.”

Mr. P. C. Jha, Advisor, FICCI CASCADE and former Chairman, Central Board of Indirect Taxes and Customs in his address said that among the different aspects of economic activity, manufacturing in small and medium enterprises which engages large number of people has been severely impacted because of COVID-19 and lockdowns and hence there is an urgent need to put it back on its feet. Promoting local manufacturing and use of indigenous products will not only increase share of manufacturing in the country’s GDP, create job opportunities in India and drive home the value of indigenously produced goods, but will also build ‘Brand India’ and deter cross border illicit trade. 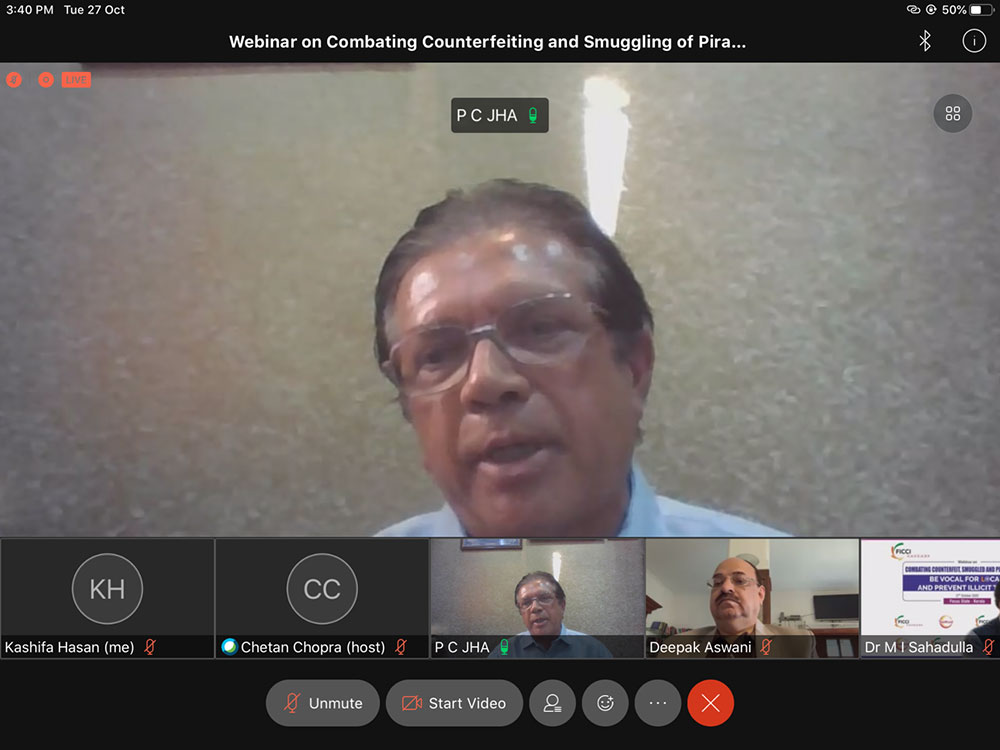 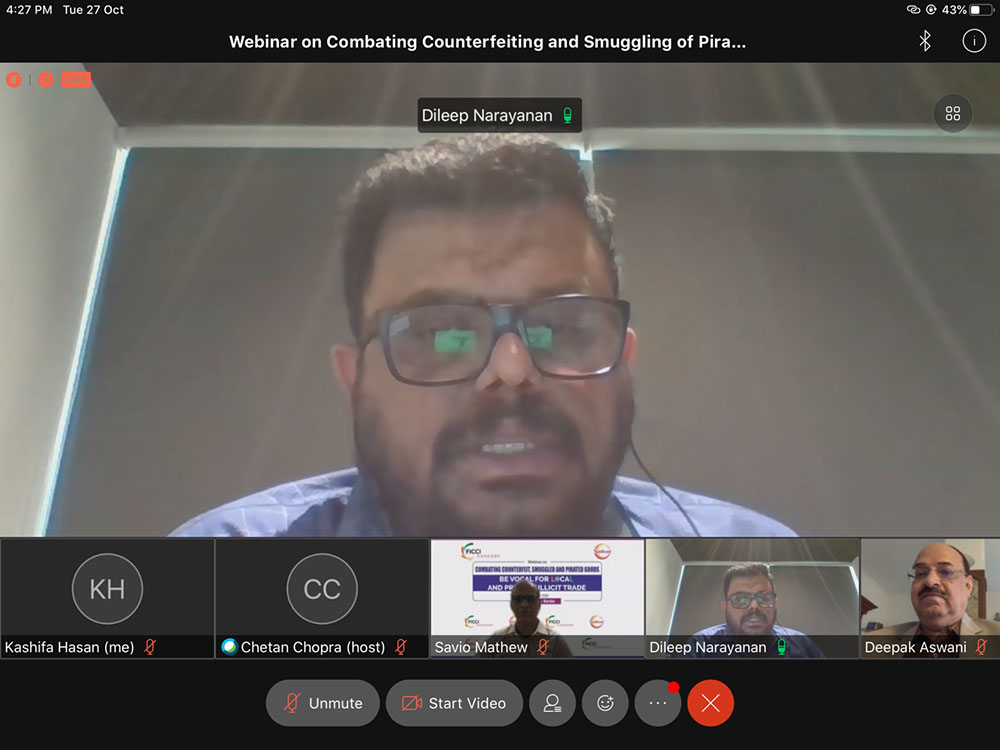 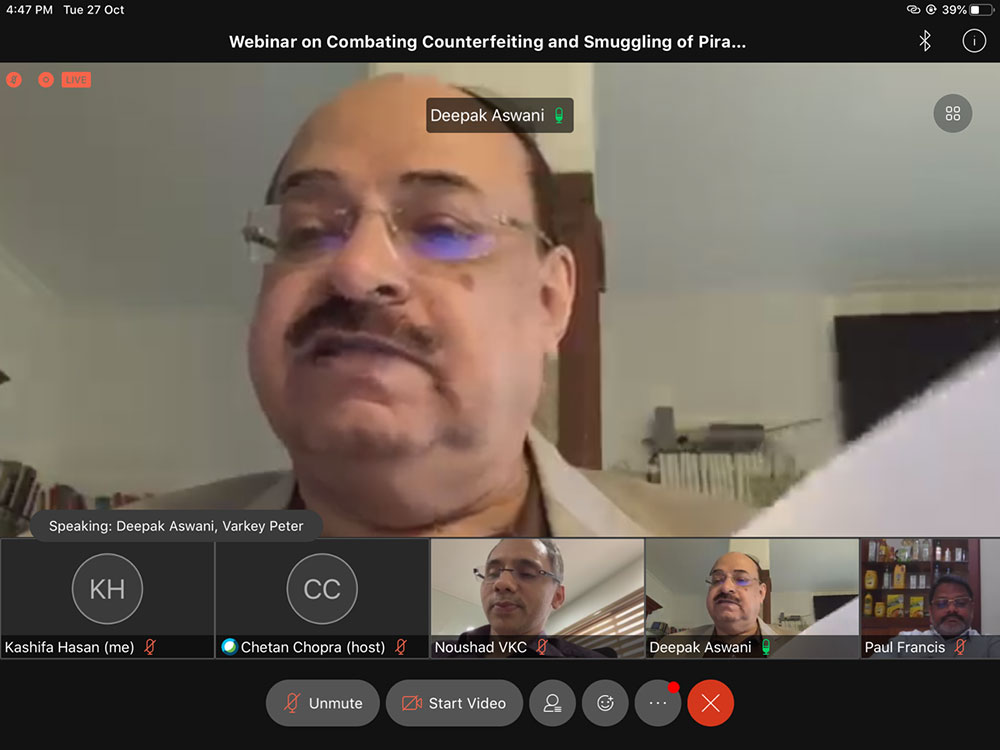 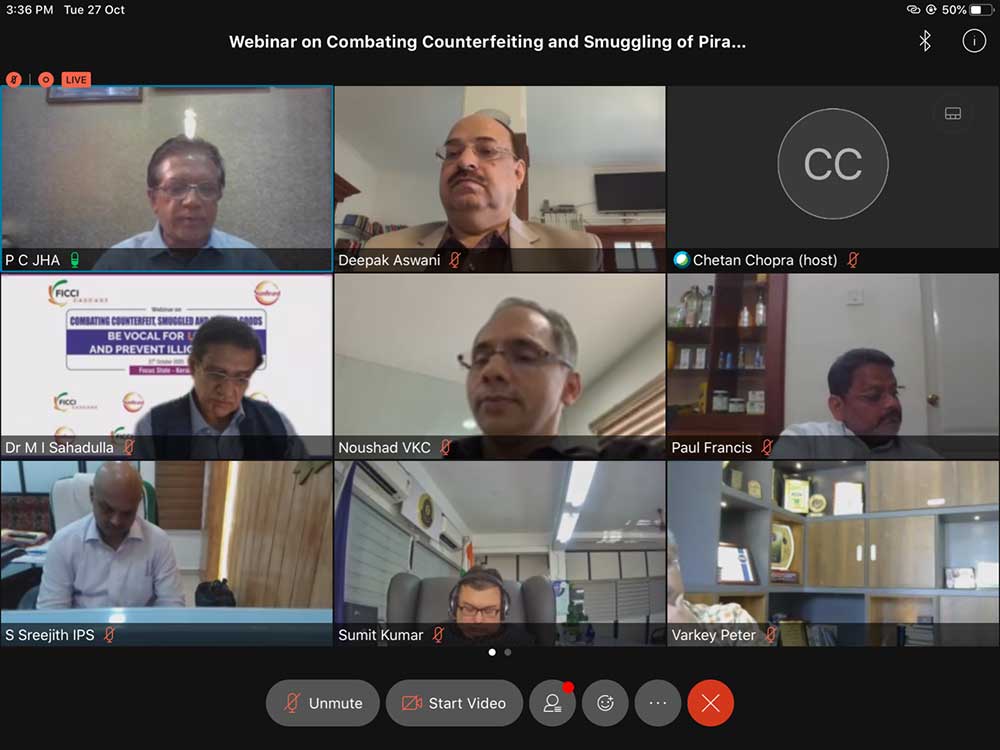 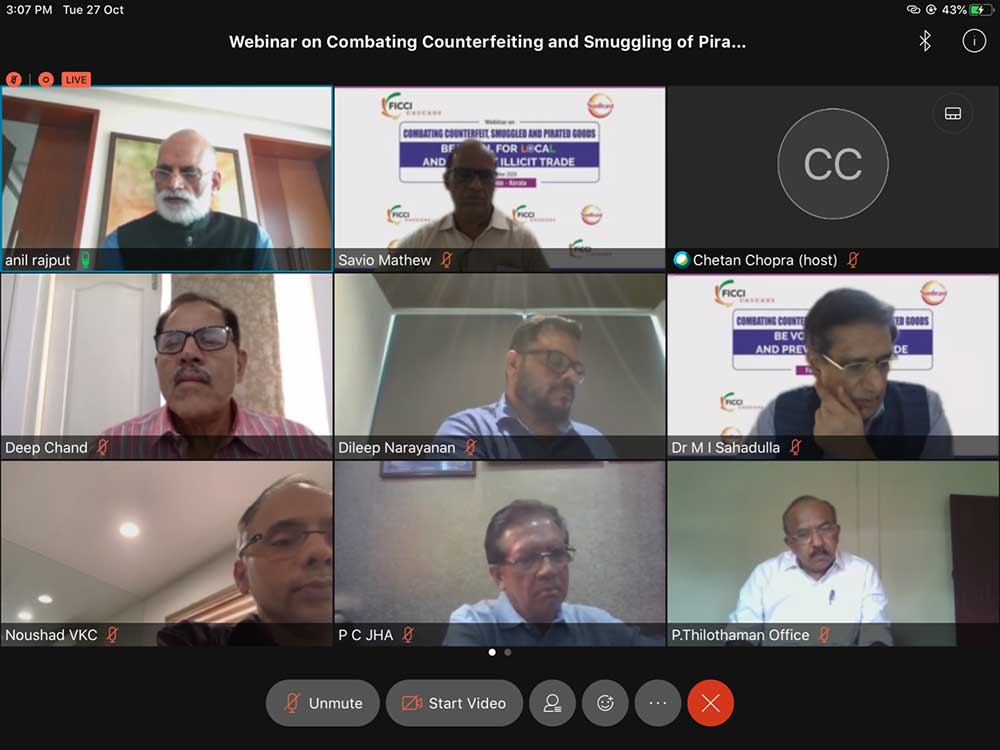 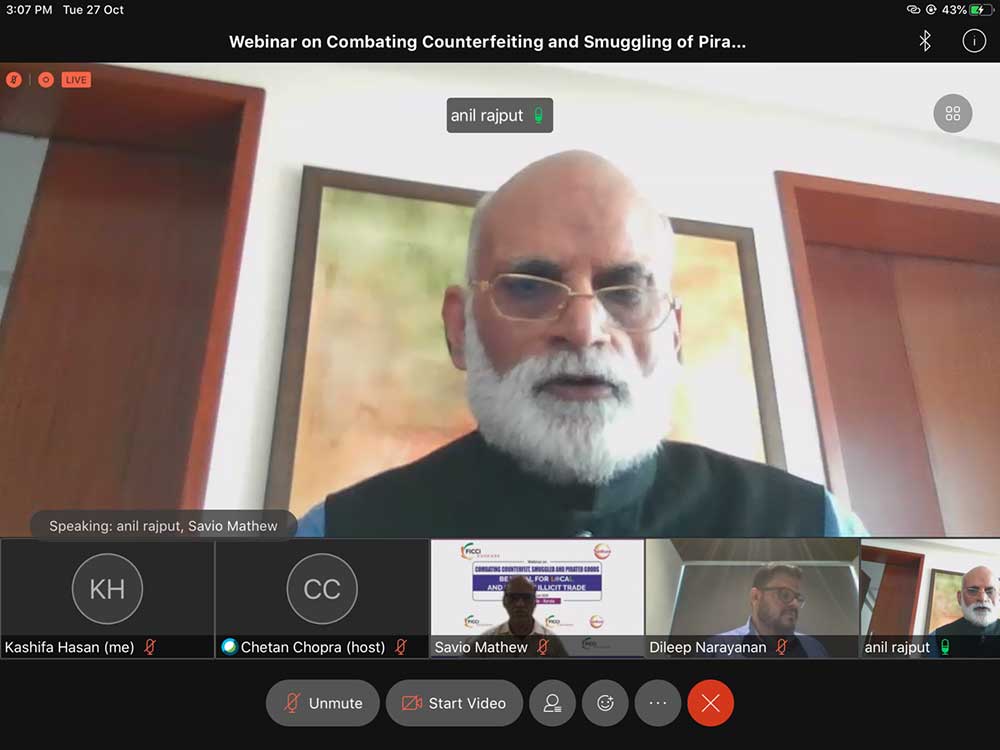 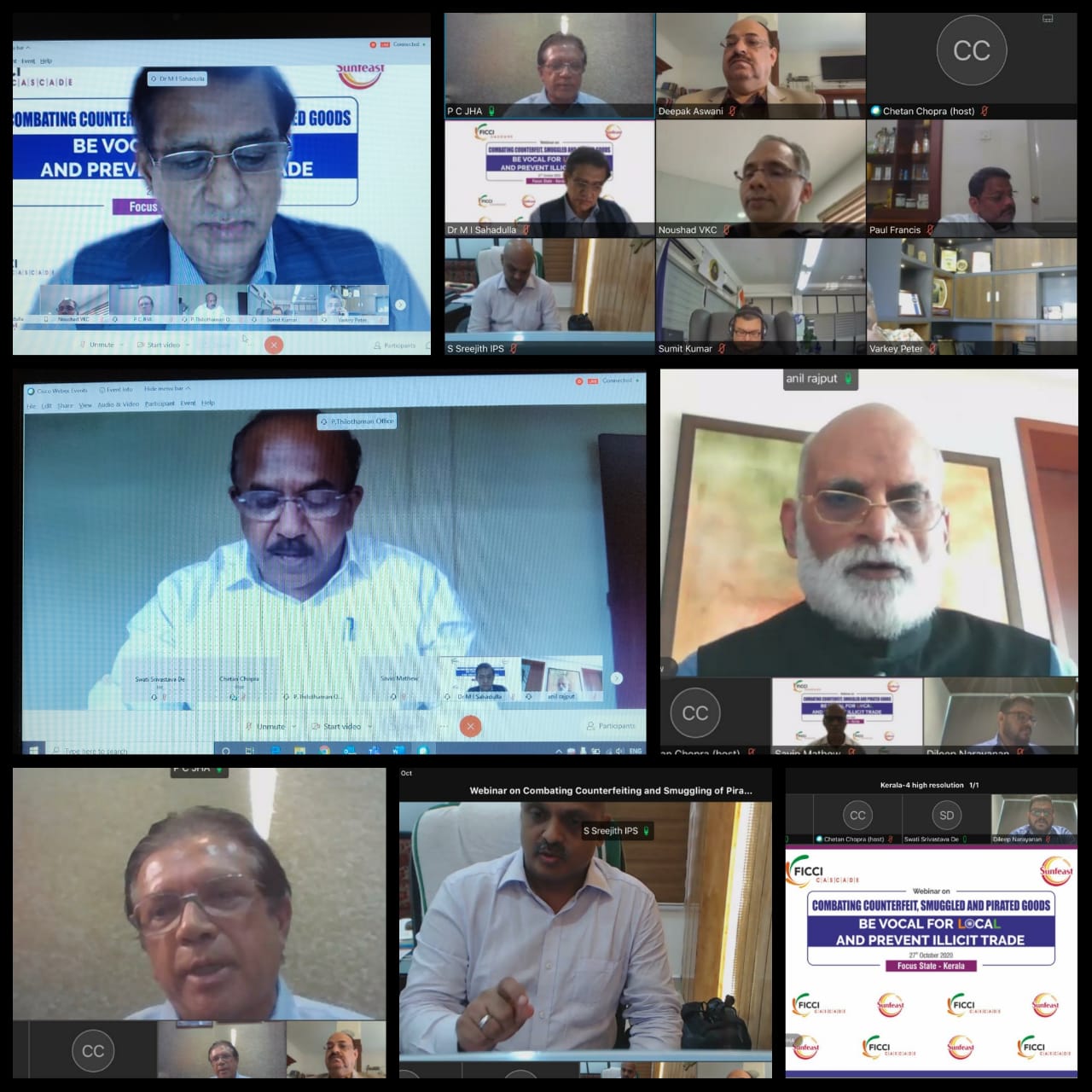 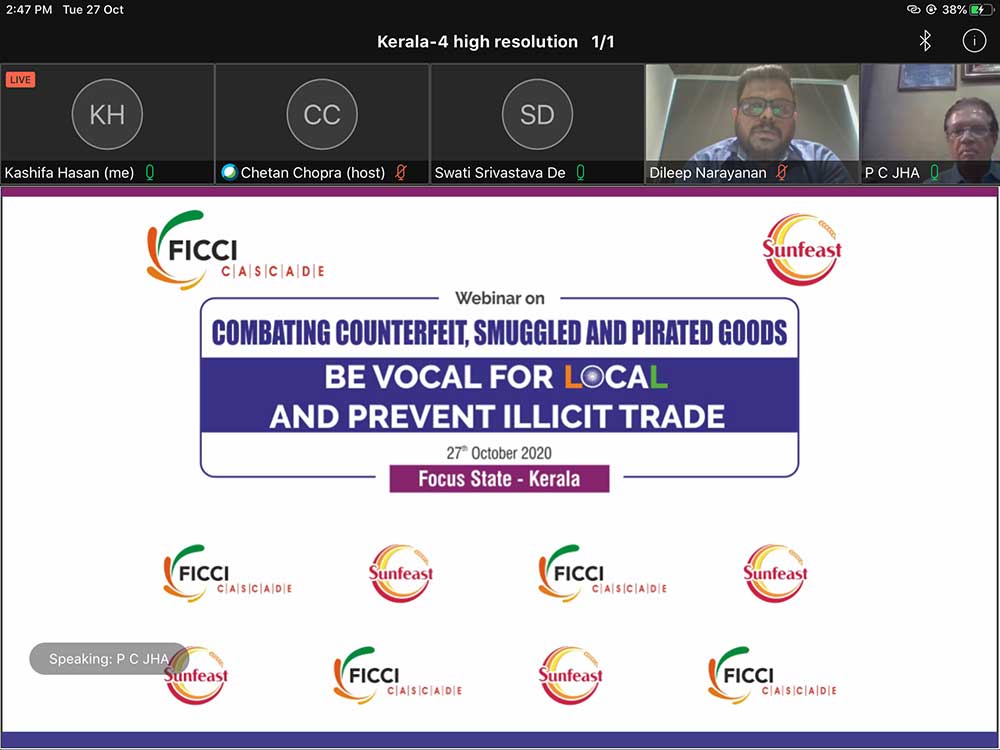 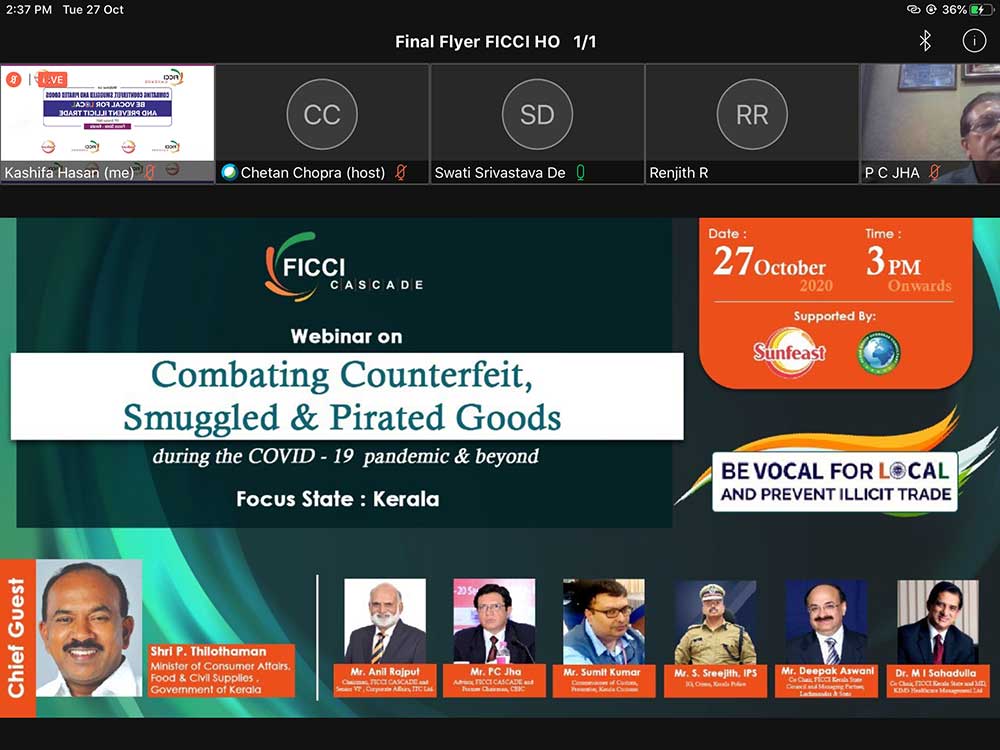 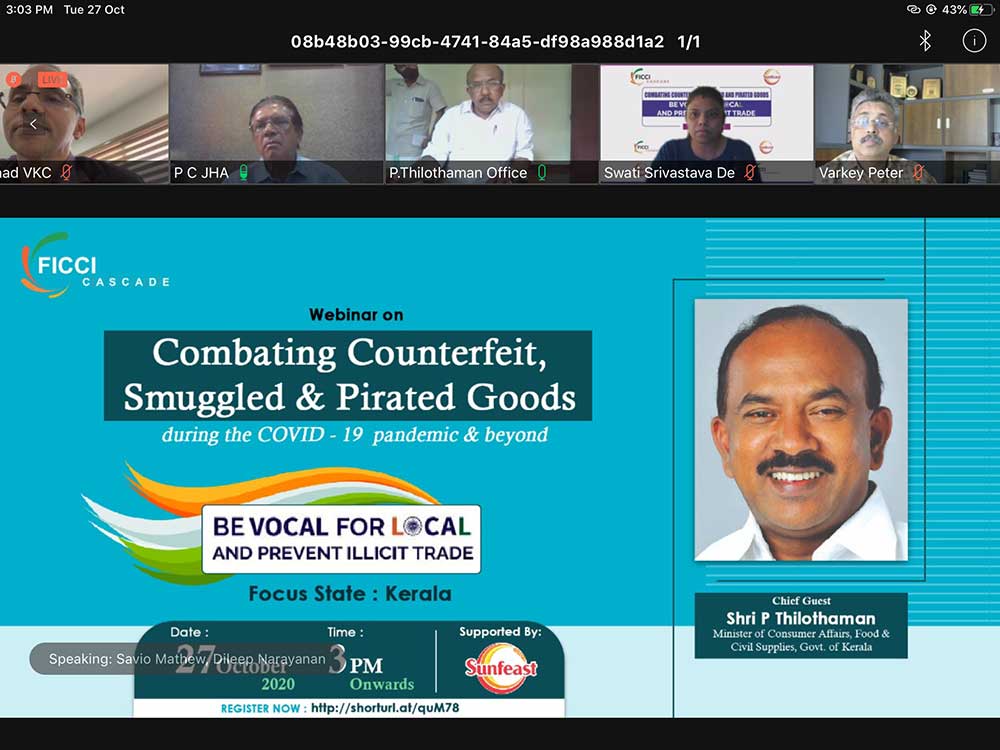 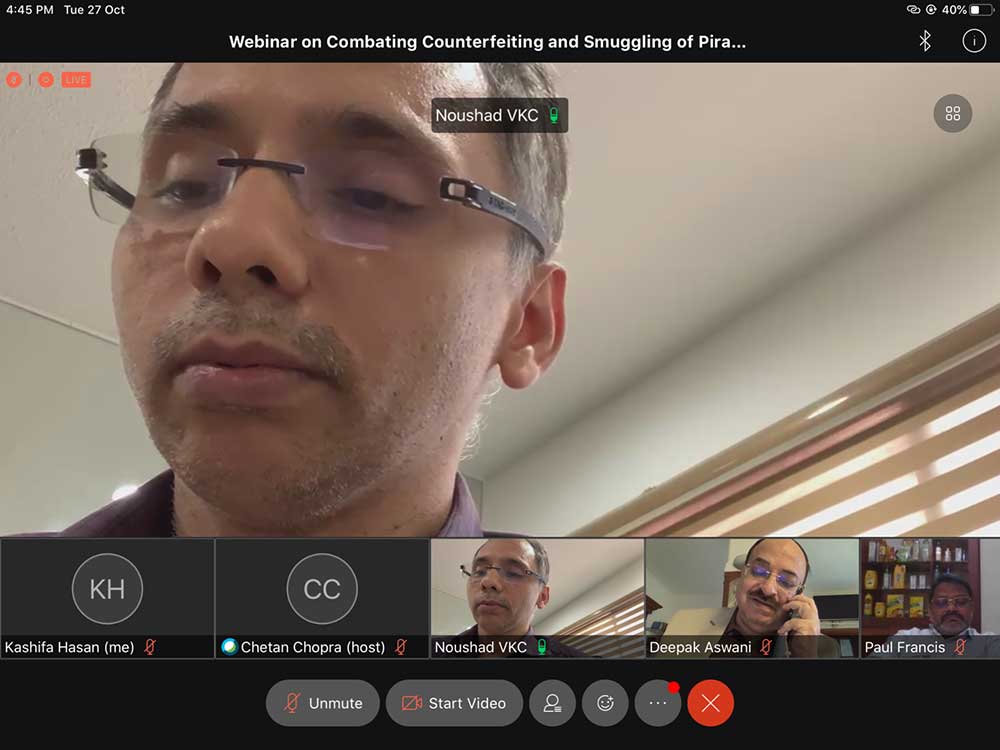 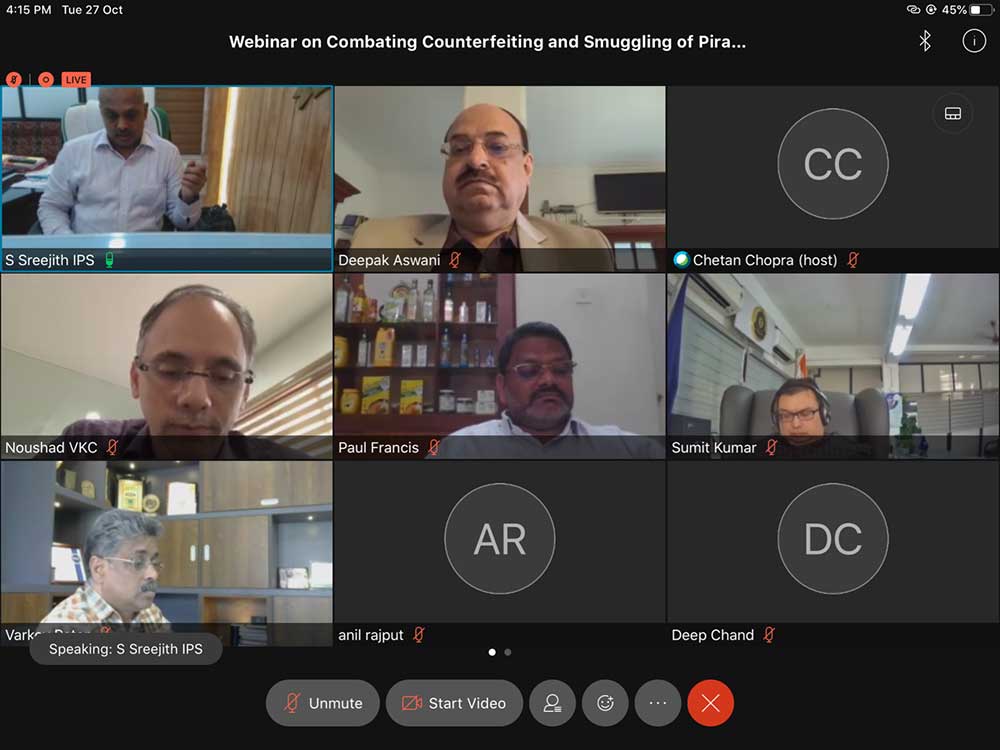 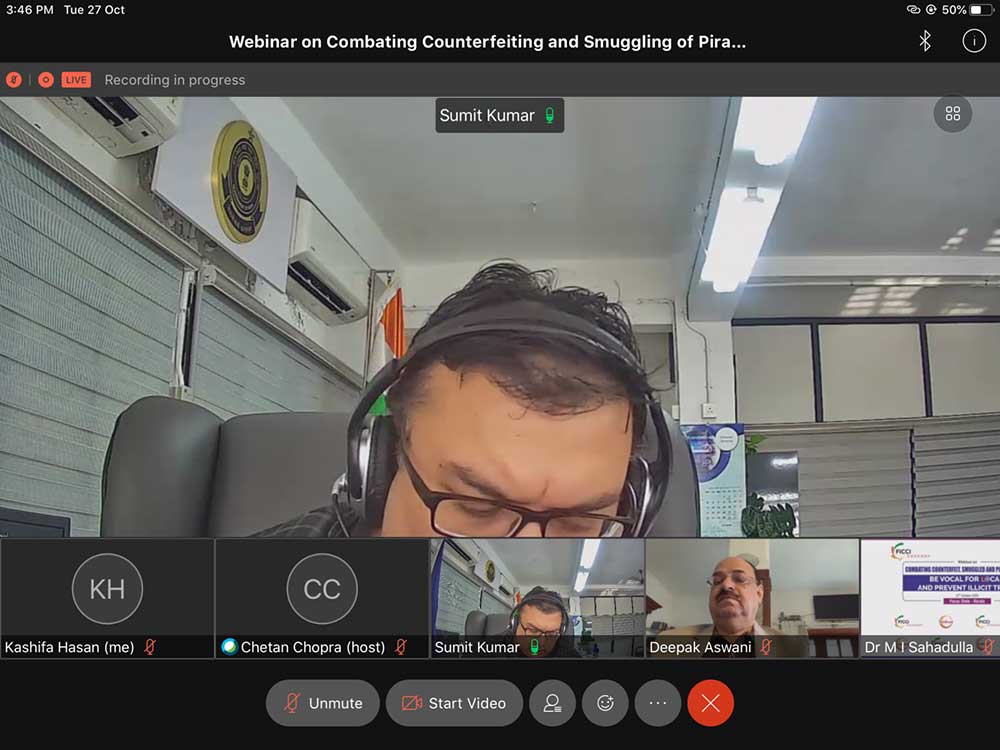 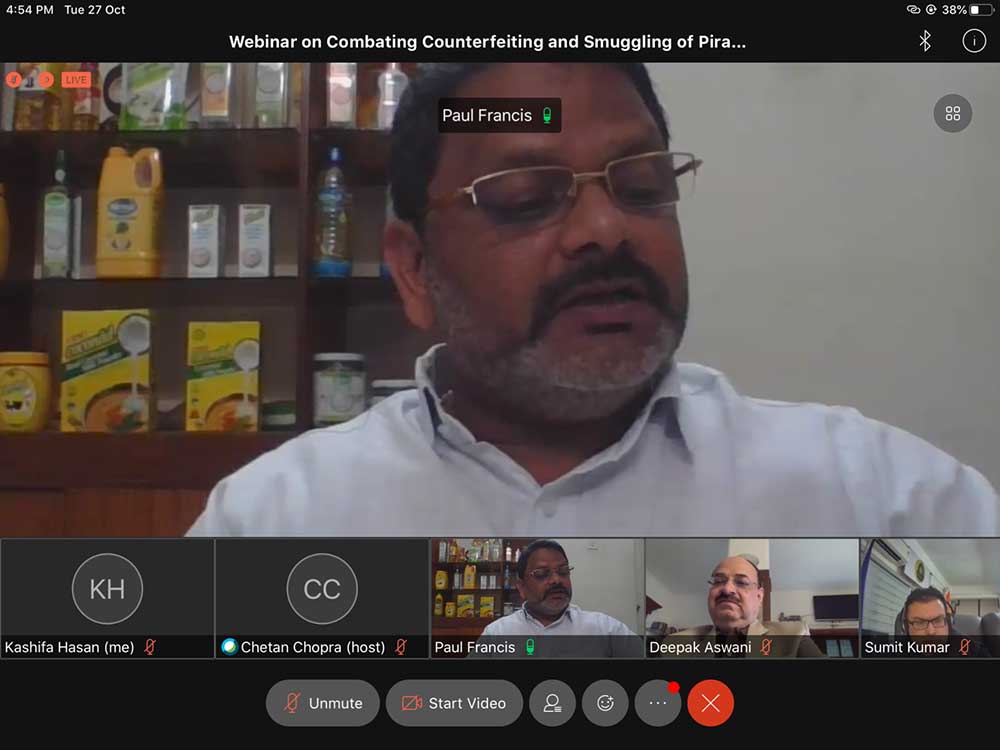 23/6/2013, Chandigarh The 10th consultation was inaugurated by His Excellency...