Seminar on Preventive Strategies to Combat Counterfeiting and Smuggling

November 8, 2022 by adminficci Past Events 0 comments

Technological advent, fast communication channels and globalisation have given impetus to the exponential growth of illicit trade in dangerous forms such as counterfeiting and smuggling. According to the World Economic Forum, the economic leakage from illicit trade creates an annual drain on the global economy of $2.2 trillion, which is nearly 3% of the world’s economy. FICCI CASCADE believes that awareness and outreach is an essential element in building a proactive strategy to curb this growing menace of counterfeiting and smuggling. With this view, FICCI CASCADE organised a seminar on “Preventive Strategies to Combat Counterfeiting and Smuggling” on 8th November 2022 at Hotel Ramada Plaza, Guindy, Chennai. The objective of the seminar was to focus on spreading awareness and enabling a dialogue between the stakeholders on the alarming magnitude of illicit trade to exterminate this demon from the society.

Dr. G S K Velu, Chairman, FICCI Tamil Nadu State Council & CMD, Trivitron / Neuberg Group of Companies in his welcome address said the existence and operation of counterfeiting and smuggling are broad in scope and large in value impacting not only the global economy causing losses to both industry and government, but also adversely affecting consumer health and safety and hugely funding terror activities across the globe. He emphasized that the consumers must ask for a bill while making any purchase in order to make India a tax complaint nation and encouraged citizens to be a part of progressive nation building.

Mr. P C Jha, Advisor, FICCI CASCADE and Former Chairman, Central Board of Indirect Taxes and Customs (CBIC) while outlining the landscape of illicit trade practices, highlighted that FICCI CASCADE’s recent report titled “Illicit Markets: A Threat to Our National Interests” examines the impact of illicit trade in five key industries in India namely Mobile Phones, FMCG-Household and Personal Goods, FMCG-Packaged Foods, Tobacco Products, and Alcoholic Beverages. According to the report, he said that the size of illicit market in the above-mentioned industries was ₹2,60,094 crore for the year 2019-20, with the FMCG industry — household and personal goods, and packaged foods together accounting for 3/4th of the total illicit value of goods in five key industries. The report further estimates that unlawful trade in the five above-mentioned industries results in a total estimated legitimate employment loss of 15.96 lakh. The estimated tax loss to the government due to illicit goods in these industries is Rs 58,521 crore, with two highly regulated and taxed industries, tobacco products, and alcoholic beverages, accounting for nearly 49% of the overall tax loss.

Thiru. R. SAKKARAPANI, Hon’ble Minister for Food and Civil Supplies, Government of Tamil Nadu was the chief guest at the programme. In his inaugural address he suggested that FICCI CASCADE should organize awareness programs in educational institutions and extensively involve the youth in this fight against illicit trade. He further urged FICCI CASCADE to propagate the problem of counterfeiting and smuggling on social media channels, newspapers and other promotional sources in order to make the general public aware of this alarming issue.

Hon’ble Minister informed that the stringent actions by the government and enforcement agencies in the state of Tamil Nadu has reduced smuggling of watches, gold, alcohol and Indian currency, to a considerable extent, but there’s a lot that still needs to be done.

Mr. Bhupesh Nagarajan, Co-Chairman, FICCI Tamil Nadu State Council & CMD, Indira Projects in his concluding remarks said that counterfeiting and smuggling is damaging national progress by impacting its financial, social and physical health across the globe. There is vital need for the policy makers, enforcement agencies and industry to be on the front foot, to tackle it.

Mr. Deep Chand, Advisor, FICCI CASCADE and Former Special Commissioner of Police, New Delhi while chairing the session said that increasing the rule of law and enhancing effectiveness of penalties and sanctions is important to curb the mounting hazards of counterfeiting and smuggling. It is imperative that businesses should take proper steps to protect consumers from the proliferation of scammers and infringers that seek to take advantage of the situation. He mentioned that capacity building in terms of skill, infrastructure and technology among the enforcement agencies in improving the detection and investigation of crimes will play an
important role in making a conducive environment, free of illicit markets.

Mr. Mahesh Kumar Agarwal, Additional Director General of Police, Chennai highlighted that the online sale of counterfeit products counts to $323 billion, out of which $ 98 billion accounts to consumer goods. Counterfeits in pharmaceuticals is a major issue affecting public health, and healthcare systems around the globe. Trade-in pharmaceutical counterfeits during COVID 19 spiked majorly in products such as vaccines, medicines, test kits, antibiotics, face masks and sanitizers. He also mentioned that illicit trade is a national threat, through which black money is generated which further funds organised crime like terrorism.

The event witnessed enthusiastic participation of over 120 industry captains, representative from consumer forums, lawyers, government officials and other stakeholders. 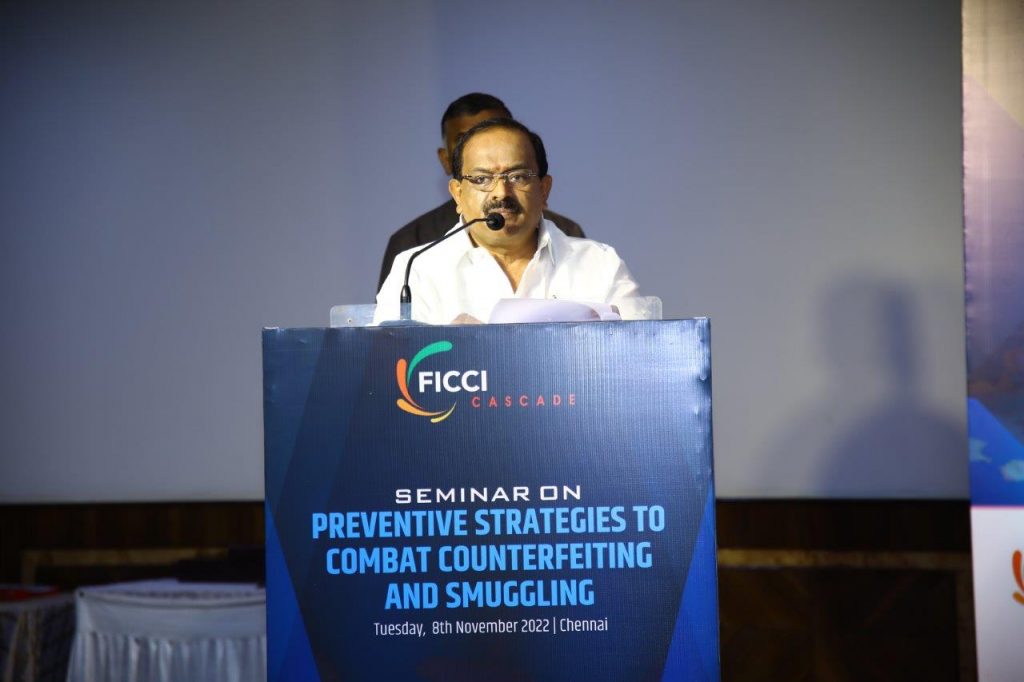 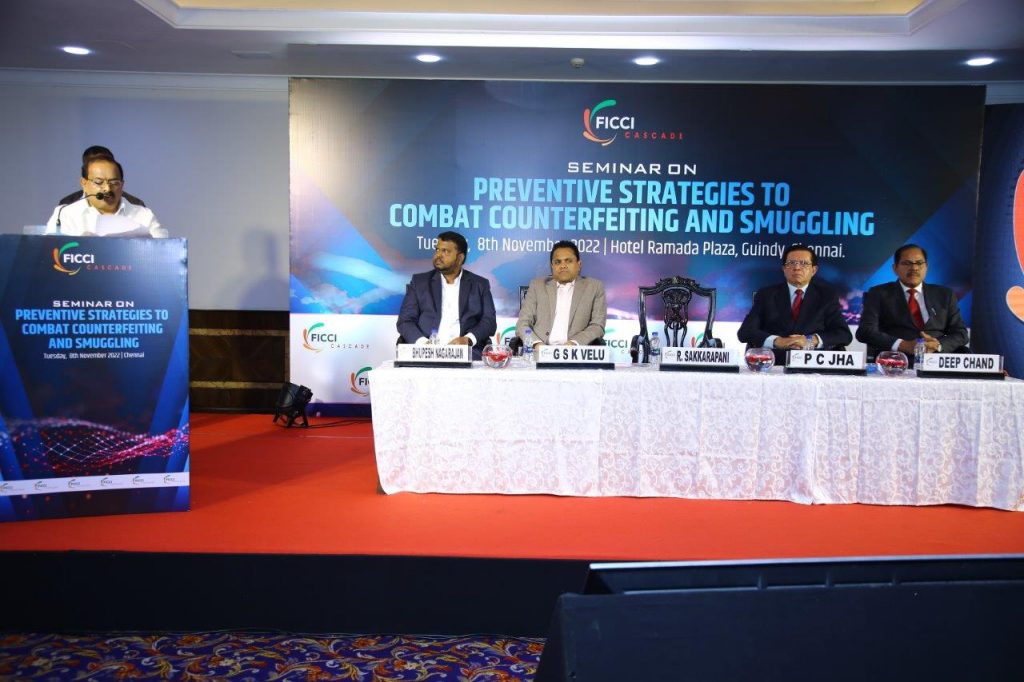 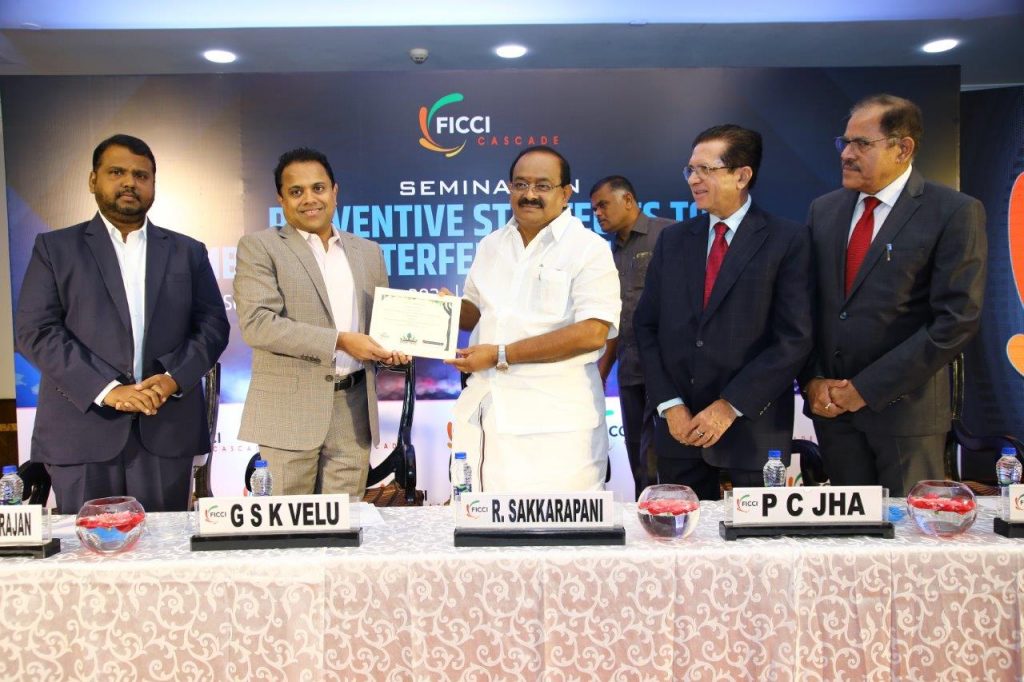 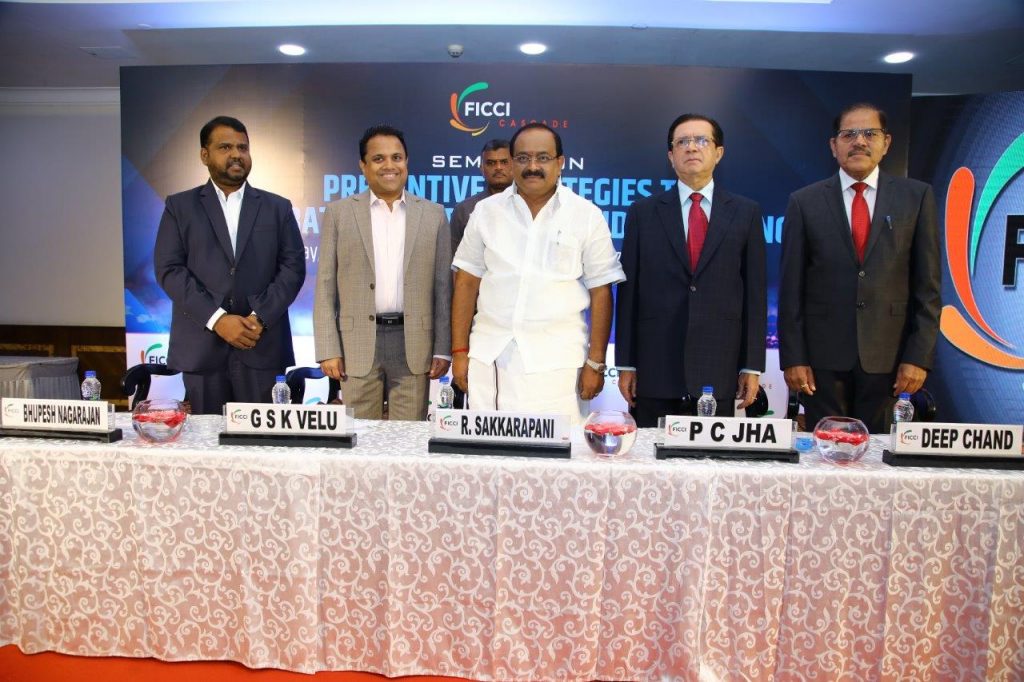 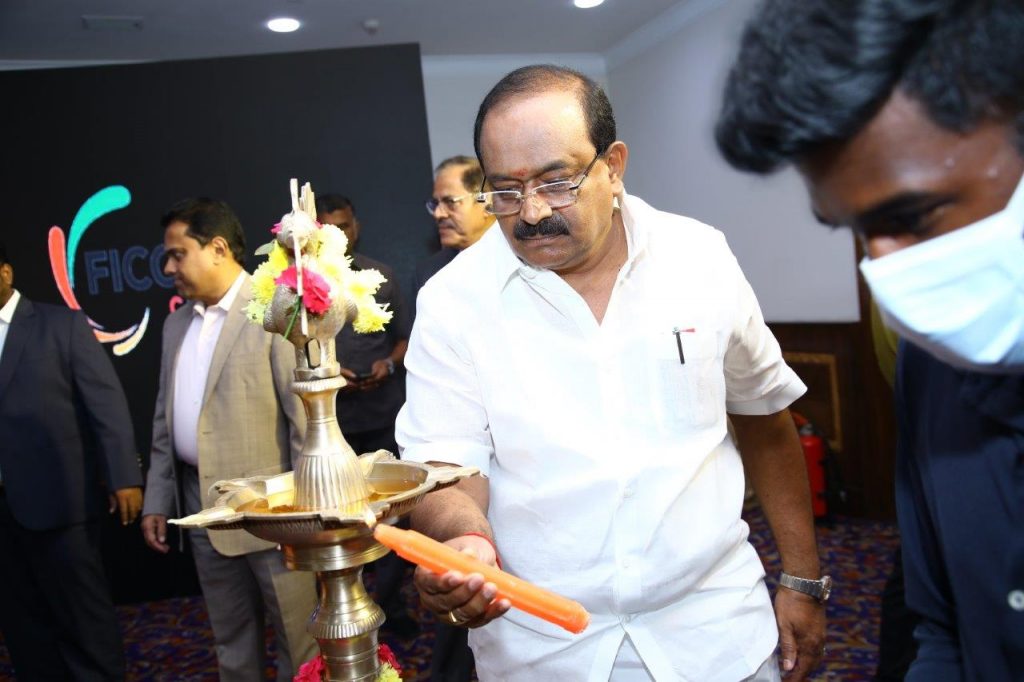