In addition to the NDPL the cops have also seized 22 ghutka packets, 60 kilograms of jaggery, 150 liters of country made liquor, 9 tons of sand, 10 vehicles used to transport liquor and sand were also seized. Even 27 persons for smuggling Liquor and 2 persons for transporting sand were arrested. The cops have filed 21 cases and 3080 litres of jaggery wash was destroyed.

The Circle Inspector of SEB, N Lakshmi Durgaiah told The Hans India that following the orders of SP, Fakkeerappa Kaginelli, ASP, Gowthami Sali and Deputy Commissioner, Sri Latha vehicle checking was intensified at the Panchalingala border check post. During the course of checking we intercepted a vehicle of one B Muddu Krishnam Naidu, resident of Geetha Nagar, Kurnool. When we checked we detected large number, around 1323, of liquor bottles that are being transported into Andhra Pradesh from Telangana state. While checking, the accused, Muddu Krishnam Naidu managed escape but we have arrested one person that was travelling in the car, said Lakshmi Durgaiah. 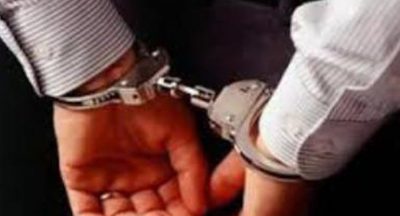 A 49-year-old man was arrested on Tuesday, after police found a large quantity of...

A Barnsley man and a convicted tobacco fraudster have been jailed after seven...

An Australian farmer who has been exporting to China is pulling his product out...