FICCI CASCADE with a view to engage all relevant stakeholders like government representatives, enforcement agencies, excise and customs, consumer activists, media as well as industry and legal experts; and to sensitize them on the issues of counterfeiting and smuggling organized a seminar in Hyderabad on “Curbing Counterfeiting and Smuggling – An Imperative for Indian Economy” on October 16, 2015. The seminar brought experts from different disciplines of life under one roof to raise the concern over the growing illicit trade and to create large-scale awareness among the impacted segments of the society.
Counterfeit trade has attracted considerable attention among trade associations, government and enterprises. Therefore, to support the cause, the seminar witnessed huge participation of over 80 delegates who were very enthusiastic to fight the menace.
Mr. Devendra Surana, Co-Chairman, FICCI Telangana & Andhra Pradesh State Council & Managing Director, Bhagyanagar India Ltd, welcomed the dignitaries and highlighted the objectives of the seminar like generating awareness, interaction with law enforcement agencies and sharing best practices. He said that the market for smuggled, counterfeits and contraband products was spreading rapidly and was one of the biggest challenges faced by the Indian industry. He further added that  knowledge and innovation needed not only be protected but also encouraged.
FICCI CASCADE adviser Mr. P C Jha pointed out that counterfeiting was the biggest scourge impairing the world’s economy at present and it accounted for almost 10% of the current global trade. Mr. Jha discussed the magnitude of the problem and cited that in India the total loss to the government in respect of the seven items, as per a FICCI CASCADE study, had increased steeply from Rs. 26,190 crore to Rs. 39,239 crores.  He highlighted the fact that loopholes in the taxation policy encouraged tax evasion leading to smuggling of goods.  He also stated that counterfeiting wass the number one crime of 21st century. It stakes brand owner’s reputation, causes loss of revenue to the public exchequer, and poses a serious threat to the security – nationally and internationally.
The seminar also marked the enthusiastic and encouraging support of the Consumer rights activist Mr. Thakur Raj Kumar Singh, Chairperson & Managing Trustee, Human Rights & Consumer Protection Cell. Mr. Singh emphasized on the role of organizations like FICCI and appealed to the industry to help protect the “Consumer”.  He underlined the fact that consumers were the ultimate victims of counterfeiting and smuggling, and their rights were being violated by counterfeiters and smugglers. He stressed on strengthening the penal provision to instill fear in counterfeiters and smugglers to curb the menace.
Mr Deep Chand, Adviser FICCI CASCADE and former Special Police Commissioner, Delhi Police, pointed out that the problem of counterfeiting and smuggling needed consumer support and active involvement towards the cause. Healso stressed on the need for registering complaints with the police and customs.  Mr. Chand stated that the laws were adequate but the need was to put this evil as the priority agenda of the government while enforcing laws and regulations.  He also said that problem of counterfeiting and smuggling gave rise to unscrupulous and anti-social elements in the society, creating a major security threat to the nation. Mr. Deep Chand emphasized on awareness among the stakeholders as a very important aspect in the enforcement of laws and appreciated FICCI CASCADE for its move to make a dent in this vast field which has remained unexplored so far.
Mr. Sunil Jain, Commissioner of Customs, Central Excise and Service Tax, Hyderabad Zone said that counterfeiting and smuggling continued to thrive globally due to the consumers’ propensity  to acquire branded products at low cost, while the lack of awareness of the attached hazards added to this menace. Mr. Jain said that the role of customs has become more challenging with the growing sophistication in the manufacturing of counterfeit products. He invited the growing cooperation of the right holders to help the customs authorities for better management of the problem.
Mr. Srinivas Reddy, Deputy Inspector General of Police, Telangana expressed his concern towards the growing level of illicit trade and said that the problem could not be neglected. He also stated that smuggling, counterfeiting and other such illicit practices surreptitiously cascaded into national security issues like trade in narcotics, money laundering and terrorism.  He cautioned the audience that our nation’s economic security was at stake and illicit economic activities were damaging the country’s economic vitality.
The subject of counterfeiting and smuggling is very vast and complex and there is a need to target and educate the masses to buy genuine products. The seminar witnessed vigorous interactions with delegates demonstrating an active interest in the issue. The seminar ended with a common view that the problem of counterfeiting and smuggling was multifaceted and complex and needed to be discussed time and again, with government, to emphasize on effective and adequate laws and enforcement; increasing engagement with the industry and, most importantly, creating awareness in the society to curb the menace of counterfeiting and smuggling. 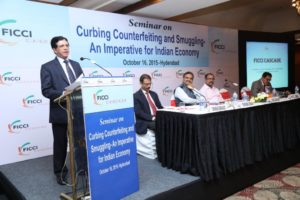 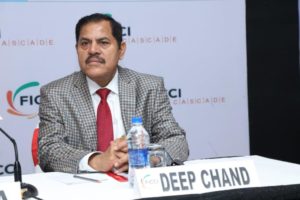 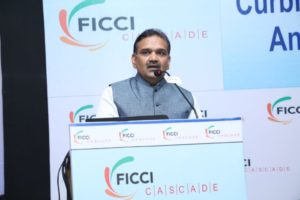 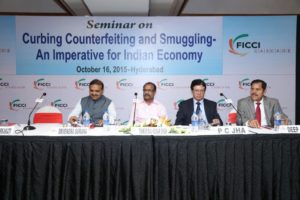 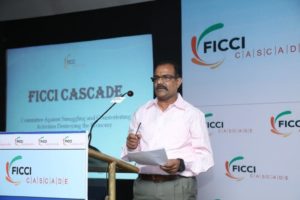 Digital Art/Poster making competition on the theme: Stand Against Smuggling

With an aim to draw attention to the global scourge of smuggling, its impact on...